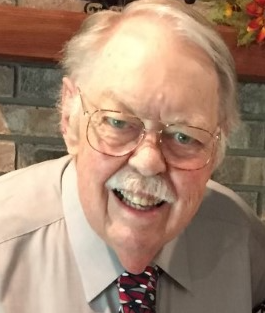 Jerry F. Crawford passed away quietly on Jan 18th at Select Specialty Hospital in Oxford, Fl, following a traumatic fall. Born in Cartagena, Columbia to US citizens, he spent his happiest childhood years in Cincinatti, Ohio and Greendale, Indiana. His adult years were spent in South Florida. He then moved “up north” to spend his last 22years in Summerfield, Fl.

Following a number of years at Fl Power and Light as a lineman, Jerry joined the Miami Dade Police Department where he made many life-long friends. He was proud of his Law Enforcement career, as well as his service in the Army National Guard of Florida.Jerry’s loves were his wife, cats, the beach, guns and target shooting, old cars and shows, trucks, and tractors, car shirts, and last- but not least-his retirement home and workshop in Bridle Trails Estates.

Special memories include time at his parents Beach House in Ormond Beach, time share weeks at Surfrider Beach Club in Sanibel Island twice a year, the trip to Alaska, and the Daytona Turkey Rod Run and Spring Car Shows. He was a member of Lady Lake United Methodist Church.

Jerry is preceded in death by his parents and daughter Debbie Lidke. He is survived by his wife of 35yrs- Marielle, sister Jacky Crawford, brother Rick Crawford (Gail), son John Crawford, grandchildren Cymbre (Stephen) Walters, Nicole (Chris) Ashbaugh, and great-grandchildren Gavin Miller, Shawn Ashbaugh,and Kaitlyn Ashbaugh. Jerry was a quiet man with a caring heart. He was a good father and grandfather,neighbor, and friend to many. He will be greatly missed. May he find peace and joy in God’s arms till we meet again.

To send flowers to the family or plant a tree in memory of Jerry Crawford, please visit Tribute Store