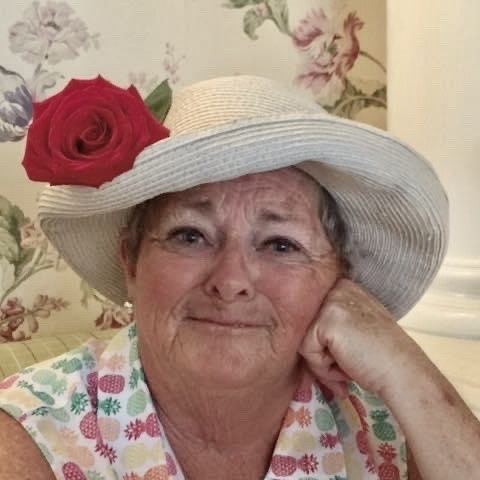 It is with the deepest of sadness that we announce the peaceful passing of Sheila Doolan Spencer age 72 on January 13th, 2023 at Brandley House in Summerfield, Florida after a long and most courageous fight against cancer. Her husband and daughter were by her side.

She subsequently met her future husband, Kevin Spencer, an aviation student. They were married in Newport, New Hampshire on July 25, 1970. The birth of their daughter Stacey followed and they resided in Nashua until 1975. At that time, Kevin made a career move to Lebanon, New Hampshire and they settled in the Upper Connecticut River Valley.

Sheila was then employed at a close-knit, family-owned business known as Stinson's Village Store in Hanover, New Hampshire for over 40 years. She quickly became a much beloved member of the "family". During her time at Stinson's, Sheila was much loved, respected and admired for her selflessness and her smile by those in Hanover and the Dartmouth College community. She often invited Dartmouth students who were unable to return home for the holiday to join the Spencer Family Thanksgivings. She was most definitely another Hanover institution. Her laugh was another story-it's all everyone talked about!

Sheila never wanted for a pastime. She loved her baking, knitting, reading, tole painting and most certainly her multitude of plants. She was the ultimate "green thumb"! She was Christmas! She beautifully decorated our home every holiday season. However, her true love was baking holiday treats. Her Christmas cookies were simply a labor of love! She and her granddaughter, Stella even made Christmas cookies during our Summer 2021, visit to Maine.

ln 2001, Sheila and Kevin retired to Summerfield, Florida and became residents of Del Webb's Spruce Creek Golf and Country Club. She very quickly immersed herself in the social life of this most wonderful community. She never met a stranger! Sheila's walks with their cocker spaniel, Maggie were an extension of her social life. She joined multiple clubs including Tea-Quila Rose, Garden and Book amongst others. Trivia on Thursdays was a big hit for Sheila and Kevin.  Her love of knitting led her to provide many prayer shawls and lap blankets to the less fortunate. Perhaps her greatest love was the water, be it at the ocean or the pool. She joined the "Waterbugs" and virtually lived in the pools. She developed a love of golf and played with many different groups, They also golfed with many couples' groups - Oh, what fun!

Sheila and Kevin always looked forward to returning to the Upper Valley for the summer. They so much loved the enjoyment that the beauty of New England brought them ! A traditional favorite of theirs was inviting friends and family to join them for the annual Quechee Hot Air Balloon Festival weekend. lt was the best of times!

We cannot find the words necessary to thank all of her friends and acquaintances who came to her side during her illness. We very much want to recognize all of you by name but in all likelihood, would omit a name or two, but you know who you are! However, you will forever have a special place in our hearts for your love and compassion towards Sheila.

Sheila was predeceased by her mother, father, sister Roberta Geoffrion, nephew Marc Geoffrion and her Maggie.

ln lieu of flowers, we ask that you make a contribution in Sheila's name to Hospice of Marion County, Ocala, Florida. A Celebration of Life for Sheila will be held at a yet to be determined date and time.

To send flowers to the family or plant a tree in memory of Sheila Spencer, please visit Tribute Store

Share Your Memory of
Sheila
Upload Your Memory View All Memories
Be the first to upload a memory!
Share A Memory
Send Flowers