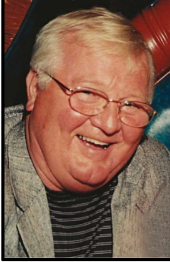 Walton Allen Armour, 83, of The Villages, Florida and formerly of Alliance, Ohio, passed away and went home to be with the Lord Saturday, October 22, 2022 at 2:30 p.m. at The Villages Rehabilitation and Nursing Facility.

He was born on July 21, 1939 in Warren, Ohio to Walton O’Rell Armour and Loie Mae (Allen) Armour and resided in Alliance for most of his life.

He graduated in 1957 from Warren G. Harding High School in Warren, Ohio. He later graduated from Bowling Green State University with an undergraduate degree in 1965 and his Masters’ degree in 1969.

He served in the United States Navy from 1957-1960, receiving an Honorable Discharge. He played football for the Military’s Navy Football Team and was selected to the All Seas Football Team for 2 years.

He was a Teacher and Head Football Coach for New Albany, Brookfield, Amherst and Parma Normandy from 1965-1974. The highlight of his coaching career was his 1969 Amherst Comets football team. They amassed an 8-1 record outscoring their opponents 352-28 finishing the year as one of the top rated football teams in the state of Ohio. This earned them the title of Lakeland Conference Champions.

He moved to Alliance and opened Wally Armour Ford in 1981 and opened Wally Armour Chrysler Dodge Jeep in 1986. He continued his head coaching endeavors and revamped the Alliance Little Aviators program between the years of 1996 to 1998 leading them to a Champion season in 1996. Shortly thereafter he retired from the car business in 1998. He then designed and self-contracted his dream homes in Ellicottville, New York and Lake Milton, Ohio. Continuing in his entrepreneurial spirit he opened “Waaa Daa Hot Dog Shoppe” in 2004. He retired again in 2005 due to health concerns and moved to The Villages, Florida where he spent the majority of his time.

Wally lived his life to the fullest. In his time off he enjoyed entertaining, traveling the world, videography, scuba diving and skiing with his grandchildren. He spent countless hours perfecting his craft both in the workplace and his personal life.

Preceding him in death were his parents, Walton O’Rell and Loie Mae Armour; and a granddaughter, Alyssa N. Armour.

The family will have a private service in Florida. The family would like to invite friends on Thursday, November 17, 2022 at 4:30 p.m. to join in a public funeral car “Procession of Faith”, that will begin at the Sharer-Stirling-Skivolocke Funeral Home and will end at Wally Armour Chrysler. Immediately after the procession, friends are invited for a few laughs at a “Celebration of Life” event at the Alliance Country Club from 5:00 p.m. to 7:00 p.m. One of the evening’s highlights will be a reel of his hilarious TV commercials.

Thank you and God Bless.

To send flowers to the family or plant a tree in memory of Walton Armour, please visit Tribute Store

Share Your Memory of
Walton
Upload Your Memory View All Memories
Be the first to upload a memory!
Share A Memory
Send Flowers