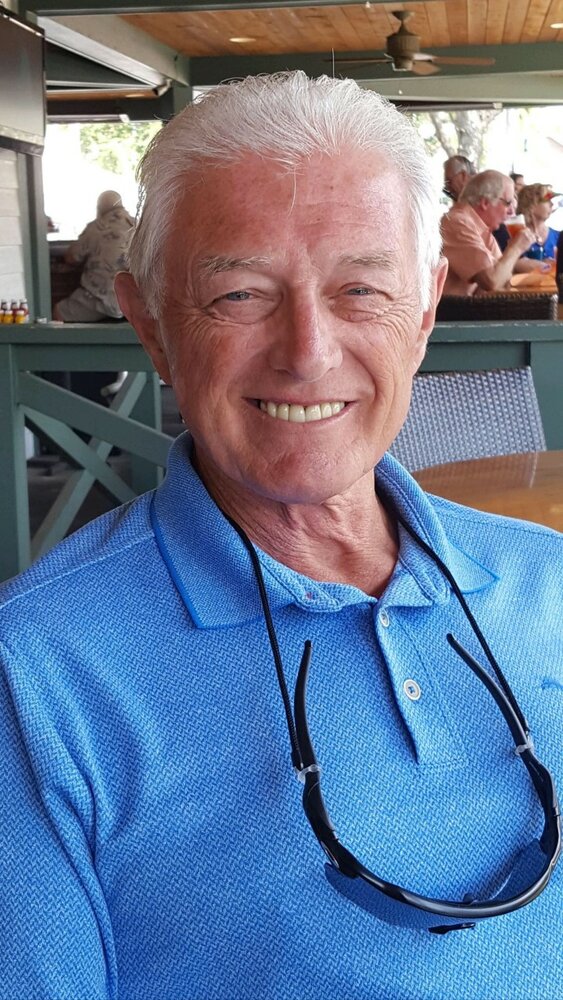 Thomas W. Landis, 73, of The Villages, FL passed away on October 8 after a brief battle with pancreatic cancer.

Born March 4, 1949, to Betty McDade and Andrew Landis in Keyser, West Virginia, Tom majored in History at West Virginia University and participated in the ROTC program. Upon completing a Bachelor’s Degree, he was commissioned as a 2nd Lieutenant in the US Army where he flew various helicopters, including the Blackhawk, Huey, and Cobra. His love of flying carried over into his personal life and he obtained his private flying license and flew twin and single-engine airplanes. He was on active duty during the end of the Vietnam War and Operation Desert Storm. He was also instrumental in relief efforts after Hurricane Andrew in Dade County, FL. He served 23 years and retired as a Lieutenant Colonel (LTC).

Tom went on to be an adjunct professor at Capitol College in Laurel, MD. He also consulted for the Pension Benefit Guaranty Corporation and later worked for the Department of Defense’s Defense Information System Agency, where he retired as a Project Officer.

Tom lived in the Baltimore, MD area where he met and fell in love with Darla. They were married on October 28, 2017, and retired to The Villages, FL, where they found their dream home. They enjoyed many activities together, including traveling with friends, visiting family in California and West Virginia, and last, but by no means least, golfing.

Tom was an outgoing, reliable, life-of-the-party kind of man. He was honest and straightforward, and he never hesitated to lend a helping hand to a needy friend. He had a zest for life and always invited you along for the ride. He will be greatly missed.

He is survived by his wife, Darla Landis; a daughter, Crista Boyd and her husband, Michael; a son, Thomas E. Landis and his wife Judy; stepson, Blake Herbold, and three grandchildren, Cameron T. Boyd, Lindsay K. Boyd and Cary Pakulla. He was predeceased by his mother, Betty M. Ahern, and three brothers, Michael Landis, James E. Fortney, and Michael A. Ahern.

In lieu of flowers, donations can be made to:

Tavares FL 32778 Or online at https://cornerstonehospice.org/

To send flowers to the family or plant a tree in memory of Thomas Landis, please visit Tribute Store
Monday
17
October

Share Your Memory of
Thomas
Upload Your Memory View All Memories
Be the first to upload a memory!
Share A Memory
Send Flowers