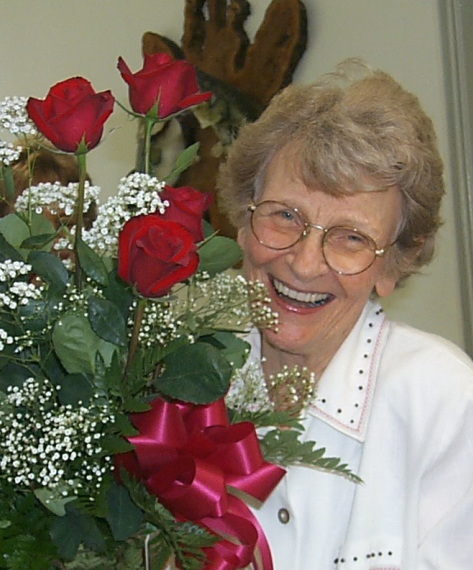 Hilda was born in Pedro, FL on January 3, 1926, the second of five children of the late Peter Boyer Perry and Lorena Proctor.  She was a lifelong resident of Marion County and the founder of Tax Savers Income Tax Service.

Hilda began her career at the former Florida National Bank where she was the Drive-up Teller in the kiosk still standing on the sidewalk outside the old bank building in downtown Ocala. She learned the tax business at H & R Block before leaving to open Tax Savers in 1974.

Hilda is survived by her son Hilton Skeet (Marsha) Surrency of Ocala, grandchildren Amber Blythe (Chris) Cormency of Amman, Jordan, and Jonathan Skeet Surrency (Charity “Poppy” Jaeger) of Durham, NC; as well as two great-grandchildren: Zola Marie Cormency (age 15) and Shepherd Jove Cormency (Age 12) of Amman.  Also remaining to remember her bright smile and sunny disposition are numerous nieces and nephews, friends, and hundreds of former clients whom she felt privileged to serve over the years.

In consideration of continuing concerns about the ever-evolving coronavirus, services will be private.   Those wishing to share remembrances of Hilda are encouraged to leave a message on her virtual Tribute Wall at www.hiers-baxley.com.  In lieu of flowers, please consider a contribution in Hilda’s name to your favorite charity.

Share Your Memory of
Hilda
Upload Your Memory View All Memories
Be the first to upload a memory!
Share A Memory