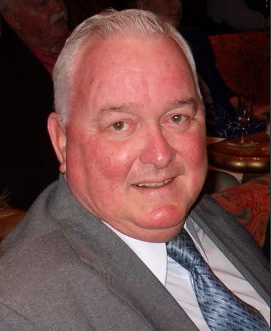 It is with much sorrow that we announce the passing of Walter “Wally” John Trifari, 86, of The Villages, Florida, on July 14, 2022. Our hero, husband, father, grandfather and great-grandfather.

Wally was born on June 5, 1936, in the Bronx, NY to Walter and Helen Trifari, the oldest of 6 children.  He attended Cardinal Hayes Catholic High School in the Bronx and at the age of 19, he enlisted in the US Navy where he traveled the world, which included experiencing the famous crossing of the equator.  After marrying the love of his life Elizabeth (Broderick) in 1957 and starting their family, he soon began his 30-year career with The International Union of Operating Engineers, where he was a mechanic on heavy machinery.  Using his love of working on cars and fixing anything that moved, he was everyone’s go-to man that had all the answers.

He and Liz decided to raise their family in Middletown, NY, where he made lifelong friends and memories which included vacations together, bowling leagues, and dancing at the local Elks Club to name a few.  Most in their neighborhood will always remember him as the husband and dad that was always building, creating or fixing something, including the large in-ground pool project he took on himself so that he could enjoy a favorite pastime with his family.  He was a wonderful cook, “creative” with school lunches (although the sardines were not his best pick), and the best “googy egg” maker there was.  If you heard from afar “lip schmackin’ polly waggin’ give a dog a bone” you knew he had a winner of a meal made.

Together, Wally and Liz raised 5 children and devoted everything they had to making their lives fun, memorable and successful.  Vacations were often taken in the family camper anywhere from Disney to Cape Cod, a very favorite destination of Wally’s.  He loved the outdoors, from the beaches to the woods.  From soaking up the warm sun to hunting for that trophy deer.  Which didn’t always decide to show up year after year, but he still cherished the time hunting with his friends, dad, sons and even wife, Liz at times.  He enjoyed fishing but the real enjoyment came after retirement when he decided to try out being a boat owner.  True happiness came from being able to share this hobby with his grandkids.  Oh he so loved all those babies when they started coming. Never afraid of a diaper or a colicky cry, he was always hands on.

When he knew it was time to retire, he and Liz started traveling south for a few months to try out the different climate.  It was then in 2006 that they stumbled upon The Villages and fell in love with it.  50’s music playing from the streetlamps all day, clubs filled with people from the same areas they grew up in.  They had a wonderful social life, started playing golf, cards, and bingo, (his mother-in-law Anna, would have been proud) and bopping around in their golf cart. He became a member of the American Legion in Lady Lake, where he enjoyed playing Bingo multiple times a week with his best buddy.  Retirement life was great.

Wally had one bucket list destination that was checked off in 2012 and that was to see the Grand Canyon.  He loved this country and insisted it was most important to see and appreciate our own backyard over anywhere else.  His flag has always flown high and proud.

Wally was the ultimate host, one that made anyone feel welcomed.  From neighbors to friends of his children.  He always made sure there was music playing and fresh popcorn popping!  He wanted his house to be a home everyone would want to come to, and they did.  His family is left with an undeniable hole and loss.  He and Liz were one month away from celebrating their 65th wedding anniversary!  He glided her across the dance floor like Fred Astaire since she was a 15-year-old girl walking down the street in the Bronx and decided to lean up against his cousin’s car that he was laying underneath fixing…. And the rest was history.

He is predeceased by not only his parents, Walter and Helen Trifari, of Mt. Vernon NY, and in-laws John and Anna Broderick of the Bronx, NY but also his twin brothers, Johnny and Jimmy, his sister and brother-in-law (co-Cape Cod lobster aficionado) David and Marguerite Leonard, his eldest daughter Nancy Schoonmaker, and granddaughter Meghan Trifari who we are faithful are all there to welcome him with loving arms into the kingdom of heaven.

To send flowers to the family or plant a tree in memory of Walter "Wally" Trifari, please visit Tribute Store
Saturday
23
July

Share Your Memory of
Walter "Wally"
Upload Your Memory View All Memories
Be the first to upload a memory!
Share A Memory
Send Flowers