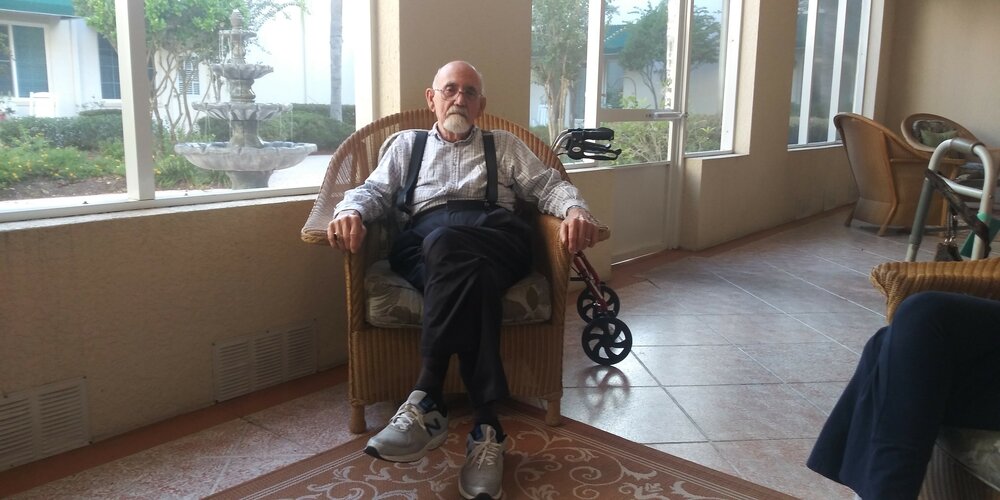 Richard Elwyn Sanderson, 98, of Ocala, Florida passed away at Estelle’s Hospice House on June 15, 2022. He was born January 10, 1924, the son of late Guy A. and Ethel R. (Bates) Sanderson. Richard was a native of Enfield, Massachusetts, before moving to the Ocala area. He married his loving wife, Charlotte, and together the two shared many years of love and happiness. Richard was a United States Army Veteran who proudly served his country. He went on to be a communications specialist for the CIA where he later retired. After retirement he worked at various Washington DC radio stations and volunteered at Brother’s Keeper in Ocala. He also was a Eucharistic Minister & did Ministry to the sick.

A memorial mass for Richard will be held at Blessed Trinity Catholic Church on Wednesday, July 6 at 12:00pm with military honors to follow. He will be laid to rest at Florida National Cemetery. In lieu of flowers, donations may be made to Brother’s Keeper in Ocala (320 NW 10th St, Ocala, FL 34470). Online condolences may be sent to hiers-baxley.com.

To send flowers to the family or plant a tree in memory of Richard Sanderson, please visit Tribute Store