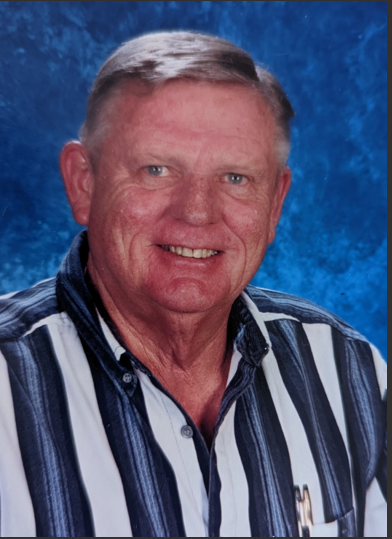 Brent Hall, 83, of Ocala, Florida passed away at The Bridge of Ocala on June 18, 2022. He was born January 3, 1939, the son of the late Joseph Irvin and Wauneta (Williams) Hall. Brent was a native of Morgan County, Ohio, and moved to the Ocala area after his college career at George Peabody for a master’s degree following receiving his bachelor’s degree at Marietta College (1960). Brent indulged his interest in acting by becoming a Thespian in college, performing in multiple productions, including 2 leading roles. In 1970, he married his loving wife Jean Needham, and together the two shared many years of love and happiness. He was a beloved History teacher in Marion County as well as other schools in Florida but was better known as Coach Hall for his dedication to programs at multiple Florida schools especially Marion County’s football program.

Brent’s personal achievements include 1 Big Bend Area Coach of the Year Award, 6 Coach of the Year Awards, 1 North Florida All Star Coach Award, and he received the Big Sun Conference Special Award from the Athletic Directors and Coaches for integrity and service to athletics. Brent was a Co-Founder of the Big Sun Conference and was FACA State Football Chairman for 1 year. While in Ocala and Live Oak, Brent started the Marion County and Suwannee County Independent Football Leagues respectively.  Brent had the honor of coaching the Florida All Star team in the Florida-Georgia All Star game two times over the years.

Brent was voted Honorary Life Member of the FACA. This award is based on leadership and is presented to two people each year.  He was a proud member of the Republican Party and the NRA.  Brent was an avid reader and enjoyed cooking.

A memorial service for Brent will be held at the First Presbyterian Church of Ocala on July 1, 2022 at 11:00 am. Gathering will be held from 10:00 am until the time of the service. A reception will follow. In lieu of flowers, donations may be made to Marion County Youth Football Program, Forest High School Football Booster Club, or Belleview High School Football Booster Club in Brent’s name. Online condolences may be sent to hiers-baxley.com.

To virtually attend the service, please follow this link: https://client.tribucast.com/tcid/9996801504

To send flowers to the family or plant a tree in memory of Brent Hall, please visit Tribute Store
Friday
1
July

Share Your Memory of
Brent
Upload Your Memory View All Memories
Be the first to upload a memory!
Share A Memory
Send Flowers