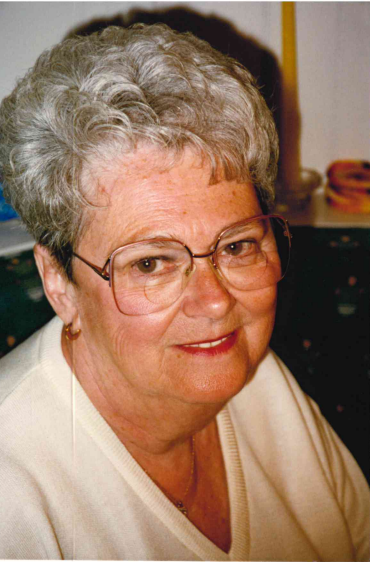 Born December 11, 1933, in Canton Ohio, to Robert and Dorothy Forsythe.  She married Don L. Dieffenbaugher in March of 1952.  They had 4 children together, Don (Nancy) of Senecaville OH, Nancy ScheIring, of North Canton OH,  Curt (Jeannie) of Stuart FL., and Dale (Diane of Massillon OH.  Her husband Don, deceased in December of 1989.  Phyllis is also survived by her brothers Tom (Rita) Forsythe, and Richard Forsythe.

She then married Marshall Jay Robinson on February 15, 1992.   Phyllis and Jay moved to Florida soon after their marriage and moved to Stonecrest Development in Summerville, Fl.  They shared numerous vacations and cruises with their good friends and neighbors they became so close with.

She is survived by her loving husband Jay, of 30 years; her 4 children; two stepsons Brian (Lynn), Mark Robinson; 11 grandchildren; and 17 great-grandchildren.

Phyllis was involved with many activities and groups while at their Stonecrest development.  They enjoyed the day bus trips and group outings.

She was preceded in death by her parents, Robert and Dorothy Forsythe, Stepmother Anna May Forsythe, and Sister-in-law Mary Ellen Forsythe and Great Grandson Bailey Dieffenbaugher.

Memorial gifts may be made to Lakeview Terrace Retirement Community in her name.  Her ashes will be interned at a later date.  At her request, no services will be held at that time.

To send flowers to the family or plant a tree in memory of Phyllis Robinson, please visit Tribute Store
Friday
1
April

Share Your Memory of
Phyllis
Upload Your Memory View All Memories
Be the first to upload a memory!
Share A Memory
Send Flowers