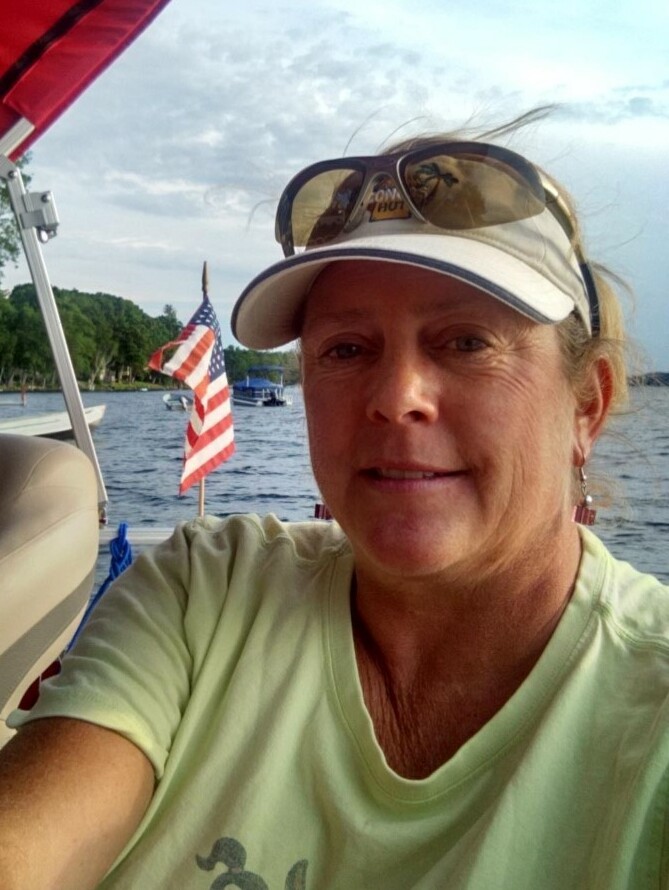 Jennifer Harris Durant, 60, of The Villages, Florida and China Lake, Maine, passed away unexpectedly on February 20, 2022.

She was born on July 31, 1961, the daughter of Joel H. Harris and Eleanor S. Harris, and raised in the close-knit Bow Road neighborhood of Wayland, Massachusetts, where the family home was the center of activity for dozens of neighborhood children. Jenny loved her pony, Misty, and her room was crowded with ribbons and trophies they won in local shows. The family spent winters in their cherished New Hampshire ski cabin, “Lone Spruce”, and on the slopes of the Waterville Valley ski area.

Sports were a lifelong passion for Jen. At Wayland High School she was an active member of the field hockey, ski and lacrosse teams. Later in life, she became an accomplished golfer and tennis enthusiast. She was a talented artist, and after high school she attended Plymouth State College in New Hampshire, majoring in studio art. After graduating, she worked in graphic design at Stratus Computer in Marlborough, Massachusetts.

She married her devoted husband Todd, of Andover, Massachusetts, in 1999. They spent several years in the Woodstock, New Hampshire area, then relocated to The Villages, Florida, where they forged countless cherished friendships while running a thriving business. Jenny spent her summers at a family camp on China Lake, Maine, her mother’s ancestral home. She had a unique talent for landing large mouth bass, and leaves behind a vast legacy of “trophy fish” photos taken with cousins, siblings, nieces, nephews and many, many friends. Jen lived life on her own terms, prioritizing fun and friendship over everything else. She will be sorely missed by all.

She is survived by her husband Todd, her mother Ellie, brothers Joel and Jim, nephew Morgan Harris, nieces Phoebe and Madeline Harris, and nieces Hannah and Callan Sweeney-Harris.

A private family service will be held at a later date.

To send flowers to the family or plant a tree in memory of Jennifer Durant, please visit Tribute Store

Share Your Memory of
Jennifer
Upload Your Memory View All Memories
Be the first to upload a memory!
Share A Memory
Send Flowers