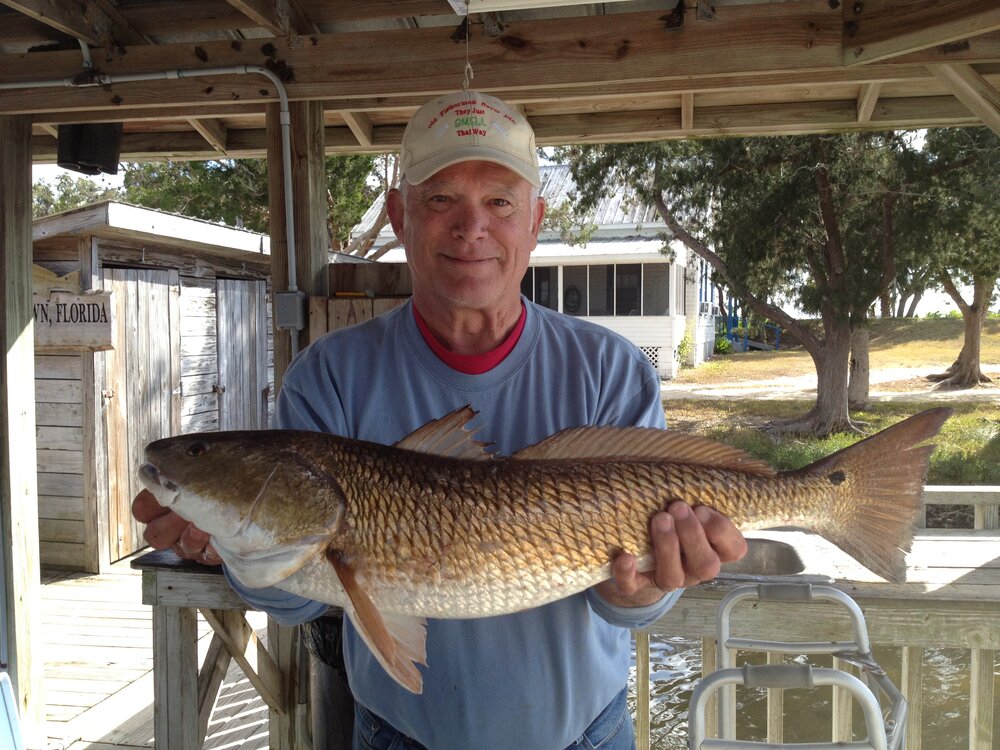 Jerry Eugene Hill died unexpectedly in his home on January 19, 2022 at the age of 80.  He was born in Ocala on February 15, 1941 to the late Bill and Gladys Hill.  Jerry grew up and lived most of his life in Ocala.  He attended Ocala Forest High School where he played right tackle on the football team.  Jerry was a three-year letterman, made the all-conference team, and played in the Allstar game.  In 1958, he attended Oklahoma State University on a football scholarship.  After college, Jerry served in the Army, first at Ft. Sill, Oklahoma and then in South Korea during the Vietnam War.  Jerry was awarded the Army Commendation Medal for meritorious service.

Jerry spent the first twenty-five years or so working for his father at Hill’s Van Service.  He then opened the Ocala branch of Mayflower.  While operating Hill’s Mayflower, Jerry launched Hill’s Shred Express.  He continued running these businesses until 2006 when he and his wife Brenda retired to Crystal River.

Jerry was an avid fisherman and especially enjoyed his retirement years living and fishing in Crystal River.  He was also a stamp collector and accumulated an impressive collection over a six-decade period.  He will be remembered for his friendliness, thoughtfulness, and joking personality.

A memorial service for Jerry will be held on Tuesday, February 1 at Hiers-Baxley Funeral Services (910 E Silver Springs Blvd., Ocala, FL 34470). A gathering will be held from 4:00pm until the time of the service.

Gladys gave birth to their third son, Jerry Eugene, on February 15, 1941.  Growing up, Jerry tagged along with his older brother Mike as they rode the bus to school and peddled their bikes many miles along the quiet roads of Ocala.  “We rode about five miles to Silver Springs in the early 1950s so we could swim in the cool water all day,” Jerry reminisced.  “They sold all-you-could-drink orange juice back then for only 10 cents.”

Jerry recalled their small, cold house on Enzian Road.  “Daddy added on a third bedroom and we had to squeeze through his and Momma’s bedroom to get to our room.  Joe and I slept on bunk beds and we froze in the winter because there was no heat in that back bedroom.”

Jerry began collecting stamps when he was in junior high school and while selling the Grit Newspaper. He continued this hobby through his adult years and now has a sizeable collection of over 60,000 stamps.

During middle school and junior high, Jerry walked about two miles to his daddy’s office after school to work in the warehouse.  “He put us all to work,” Jerry recalled.

Jerry’s fondest memories of high school were playing right tackle for the Ocala Wildcats and the many accomplishments associated with that star football team.  He served as one of the team captains, was a three-year letterman, made the all-conference team, and played in the Allstar game at UF’s Florida Field.

Bill and Gladys were proud of Jerry’s athletic accomplishments, however their time spent building a new trucking company and raising four sons provided little time to support his football practices. “I never knew when or if Momma or Daddy would pick me up after practice,” Jerry recalled.  “They’d tell me to start walking home and sometimes one of them would pick me up and sometimes I’d have to walk all the way home.”

Jerry continued reminiscing about those high school football days.  “The Chief was so proud of me when we won a big game that he gave me his credit card and told me to take my buddy Willie Hooks and our dates out to dinner at The Braham Restaurant.  That was a big deal for The Chief.”

“Not many kids in our (working class) neighbor played football.  I was the only one on my bus who played on the team and one day before a big game, I wore my football jersey to school.  When I got on the bus, all the kids gave me a standing ovation,” Jerry beamed.

Jerry served as Vice President of his high school senior class.  Two decades later, he was asked to give a speech at the 20th class reunion.  “Carla Denson was in the audience and I shared the story about how we caught the school bus together and on really cold mornings she would wear a pair of warm, fluffy mittens.  I went on to tell the audience that Carla let me put my hands in her muff and they roared with laughter.  Carla never let me forget that story.”

In 1958, Jerry moved to Stillwater to attend Oklahoma State University on a football scholarship. “I came home every summer back then and The Chief put me to work at the moving company, except for the final summer when I attended boot camp at Ft. Hood, Texas.”

After graduating from Oklahoma State, Jerry again returned to the family trucking business to fill a 6-month gap before joining the Army in 1963.  As a second Lieutenant in the artillery unit, Jerry was stationed at Ft. Sill, OK where he served as an instructor.  After a two-year stint in the Army, Jerry returned to Ocala and once again worked for The Chief at Hill’s Van Service, but only for two years before he decided to rejoin the Army.

Jerry returned to Ft. Sill, this time as a First Lieutenant in the Target Acquisition Battery.  Jerry was soon promoted to Captain and Battery Commander, and in 1967, he shipped off to South Korea for a 13-month assignment.

“I was Assistant Deputy Post Commander and Compound Commander, and I worked for the big guys – the Brigadier General and the Lieutenant Colonel.  I was awarded the Army Commendation Medal for meritorious service in South Korea for running the unit so efficiently,” Jerry beamed.

In 1968, Jerry resigned from the army for good, largely because of the time spent away from his young family – wife Sue, four-year old daughter Kelly, and one-year-old son Kyle.  He returned to Ocala and worked for his dad for several years at Hill’s Van Service until he purchased the Ocala branch of Mayflower.

In 1979, as the moving company and commercial warehouse storage were booming, an opportunity arose for Jerry to purchase the Ocala branch of Mayflower.  With a small bank loan and a rented warehouse, Jerry was now in the driver’s seat of his new business.

Contracts rolled in, slowly at first, but with low overhead and strategic business decisions, Jerry’s fledgling business grew.  He booked household and office moves through the Mayflower franchise.  He qualified for moves at the University of Florida and landed a department contract where he transported laboratory specimens of sea urchins and crabs and other preserved nautical organisms.   The sector he was most proficient at - commercial warehouse storage - was the most successful.  Groceries and manufacturing businesses filled up his warehouse facilities and provided the demand for more trucks and more staff.  He eventually founded Hill’s Commercial Warehouse for his warehouse-related contracts.

In 1990 when Barnett Bank decided to sell their shredding machines, Jerry purchased two shredders and launched Hill’s Shred Express.  The threat of identity thief was publicized nationwide and the shredding business soared.  Banks and businesses of all types transitioned away from storing hard copies of their business transactions, and consequently hired Hill’s Shred Express to slice those documents into indecipherable strips of paper.  Jerry bumped the profitability of his shredding business to the next level when he contracted with a paper recycling company to purchase those paper strips that he had already been paid to shred.

In 1993, Jerry began experiencing the first symptoms of leg paralysis that would eventually confine him to a walker.  “I had numbness in my legs and back pain too,” Jerry recalled.  “I had neck surgery and then back surgery, all within a three-month period.  The doctors would later determine that my vertebrate was squeezing my spinal cord, which was probably caused by an old college football injury when I suffered a major concussion.”   The pain, surgery, and rehab all pulled Jerry away from him businesses, and when he could not keep up with the daily responsibilities of the moving company, he sold the Ocala branch of Mayflower to his brother Mike.   Jerry retained the warehouse storage contracts and Hill’s Shred Express and operated those businesses for 13 more years, until in 2006 at the age of 65, when he and Brenda retired to their waterfront cottage in Crystal River.

To send flowers to the family or plant a tree in memory of Jerry Hill, please visit Tribute Store