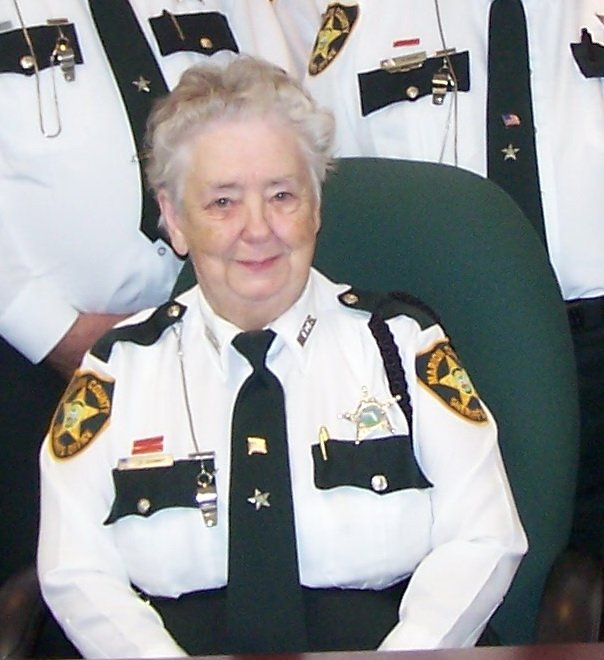 Delories Pearl Schmidt, 91, of Ocala, Florida, passed away on August 5, 2021 at Brandley Hospice House in Summerfield. She was born January 6, 1930 the daughter of the late Sam Olbekson and Mary Sager. Delories was a native of St. Cloud Minnesota, before moving to the Ocala area from Brooksville Fl. She retired from the 3M Corporation as an office supervisor. Delories and her loving husband, Richard, shared many years of love and happiness before his passing in 2001. After Richard’s passing, she decided to do some volunteer work and then started working part-time at Roberts Funeral Homes.  Delories was a member of the Marion County Volunteer Funeral Escort Team with the Marion County Sheriff’s Department for many years up until her passing.

She had a passion for people, and loved to be around them.  She enjoyed traveling, by herself and with friends and family.  She flew places, went on cruises and road trips; nothing kept her down.  She also enjoyed playing cards on Friday nights, playing Bingo on Mondays and doing her escorts in between.  When she was home she didn’t have time to relax; her cat Gidget kept her busy brushing her many times a day.  She liked county music and especially her Saturday night country shows. Delories loved the color purple and anyone that knew her also knew if they gave her something, it should be purple. Although Delories was only 4’11” she had a heart the size of Texas and would do anything for anybody.  One of her favorite expressions was “I may only be 4’11” but God only lets things grow until they’re perfect.  Some people didn’t take as long as others”

Delories is survived by her son, Robert Schmidt of Ocala; and daughter Cathy Schmidt of Wisconsin; 9 grandchildren, and many great grandchildren along with many nieces, and nephews.

She was preceded in death by her parents; her husband, Richard; daughters ; Linda Arnal, Gerri Sadowski ; and son Gary Schmidt.

Per the family’s request, services for Delories will remain private. She will be placed at the Florida National Cemetery with her husband. Online condolences may be sent to Hiers-Baxley.com.

To send flowers to the family or plant a tree in memory of Delories Schmidt, please visit Tribute Store

Share Your Memory of
Delories
Upload Your Memory View All Memories
Be the first to upload a memory!
Share A Memory
Send Flowers