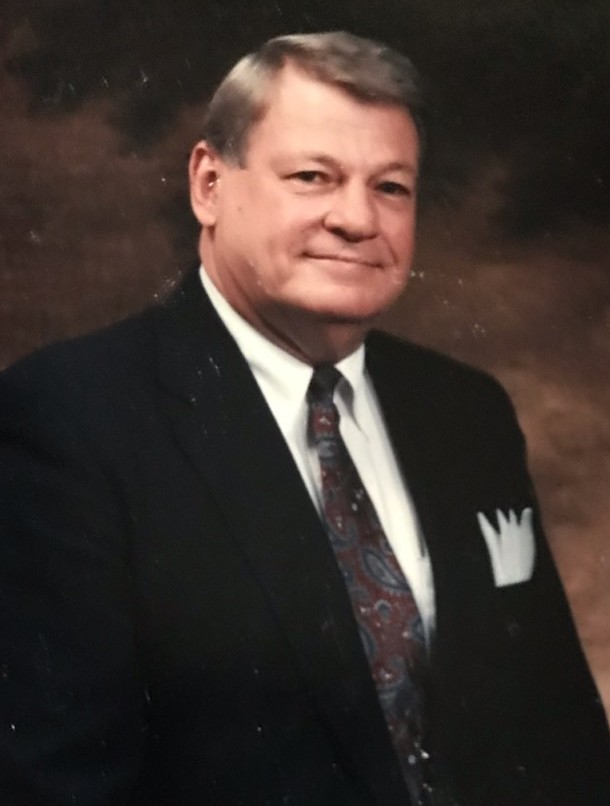 Bobbie was the middle son of seven children born to Edgar Dale and Velma Vaughan. Five brothers and one sister grew up in the original home in Oak Cliff, Texas where they all attended Sunset High School. Bobbie went on to play college baseball at Navarro Junior College in Texas, then earned a scholarship to play with Florida State as a catcher. While playing baseball, he met the love of his life, Kathryn Ann Culleton; they were married in 1954 and celebrated 57 years of marriage before Kathy’s passing. After serving in the Coast Guard for 3 years and foregoing an opportunity to play professional baseball, Bobbie started a lifelong career with a startup company called IBM, and later with Lexmark. He retired after 45 years to The Villages, Florida. Besides Bobbie’s love for family, he had two other passions: playing golf and hunting with his sons. Bobbie played on many of the famous golf courses around the world and was a 67-year patron of The Masters. For many years, every autumn was spent chasing wild game in Georgia and many western states. The Denver Broncos remained his favorite football team after leaving the mountains for the Florida sunshine.

Bobbie was preceded in death by his wife Kathryn Ann, his parents, Edgar Dale and Velma Eileen Vaughan; and his brothers, Billy, Clifford, and Hugh Allen Vaughan. Online condolences may be sent at www.hiers-baxley.com Memorial contributions may be made in his memory to a charity of the donor’s choice.

A family-led memorial service will be held at a date to be determined in the Dallas, Texas area. Bobbie, along with Kathy, will be interned at the Texas National Cemetery, Mountain Creek, Texas.

To send flowers to the family or plant a tree in memory of Bobbie Vaughan, please visit Tribute Store

Share Your Memory of
Bobbie
Upload Your Memory View All Memories
Be the first to upload a memory!
Share A Memory
Send Flowers