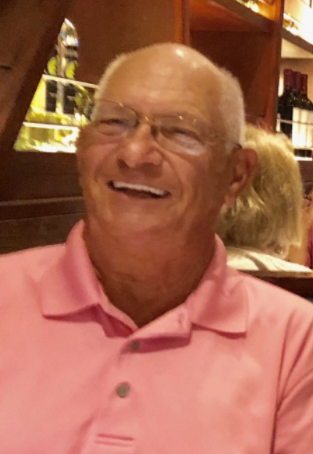 Andrew J. Siket, (“Andy”) Jr., 78, of the Villages, passed away peacefully on July 10th surrounded by his family. He was preceded in death by his wife of nearly 50 years, Elaine Siket.

He was born February 7, 1943 to Andrew and Veronica Siket in Shamokin, Pennsylvania. He graduated high school and attended Kings College. He served in the US Army and was stationed in France. He had a successful and long career in sales with Metropolitan Life until his retirement. He and his wife moved to the Villages in 2005.

Andy is survived by one daughter, Melissa Ann of New Hampshire, a grandson, Noah of New York City and a grand-dog, Bear. He has a sister, Kathleen Boback of Dallas, Pennsylvania and 4 brothers, Thomas and James of Pottsville, Pennsylvania, Paul of Appleton, Wisconsin and Timothy of Ocala. He also has several nieces and nephews. Andrew loved his family very much and some of his favorite times were when his family would come to the Villages to visit during the winter months.

Andy was passionate about golf. He was on the course practically every day and was featured in the Villages newspaper for the number of “holes in 1” he had over the years he lived in the Villages. He loved going to the pools and made many friends that he cherished. His other love was trivia and was thrilled to be part of the group who played Trivia every Monday and always bragged about when they won. He also loved to dance and go hear the bands in the Town Squares.

The family would like to extend their gratitude to the hospice nurses at Vista, Mount Dora; Lyz, Laura and Donald. Their compassion and kindness will never be forgotten.

A gathering and celebration of Andy’s life will be held on Thursday, July 15, 2021 from 3pm to 5pm at the Hiers-Baxley Funeral & Cremation Life Event Center, 3975 Wedgewood Lane, The Villages, Florida  32162.

In lieu of flowers, the family is requesting that a donation be made to either the American Cancer Society or National Kidney Foundation in memory of Andrew J. Siket, Jr.

Share Your Memory of
Andrew (“Andy”)
Upload Your Memory View All Memories
Be the first to upload a memory!