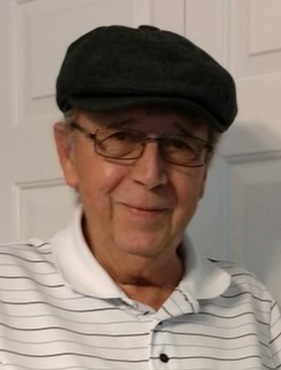 Robert (Bob) G. Frechette, Sr.  of Ocala, Florida, passed away on May16, 2021 after a four and one half month battle with cancer. He died at home surrounded by his family.

Bob was born to Theresa (Roy) and George Frechette in Biddeford, Maine. After graduating from Robert E. Fitch Senior High School, in 1965, he went on to serve in the United States Air Force for six years.  After his military service, he started working at Pfizer in Groton, Connecticut for the next thirty plus years.

In 1987, he met Janet Metivier and they wed in 1988, blending their four children Robert Frechette, Sr., Juanita Cavallaro, James Foresman and Jennifer Witherspoon.

A Celebration of Life will be held on May 24, 2021 at 11:00 am at Countryside Presbyterian Church at 7768 SR-200 E. Ocala, Florida 34476.  Inurnment at Florida National Cemetery, Bushnell, Florida will be held at a later date when the United States Air Force will render honors for Bob's loyal service to our country.

In lieu of flowers, donations can be made to Kindred Hospice of Ocala. www.kindredhospice.com. Donation link is on their web page.  Arrangements entrusted with HIERS-BAXLEY Funeral Services-TimberRidge, 352-873-4114.  Sentiments may be left online at www.hiers-baxley.com.

To plant a tree in memory of Robert Frechette, Sr., please visit Tribute Store
Monday
24
May

Share Your Memory of
Robert
Upload Your Memory View All Memories
Be the first to upload a memory!
Share A Memory
Plant a Tree