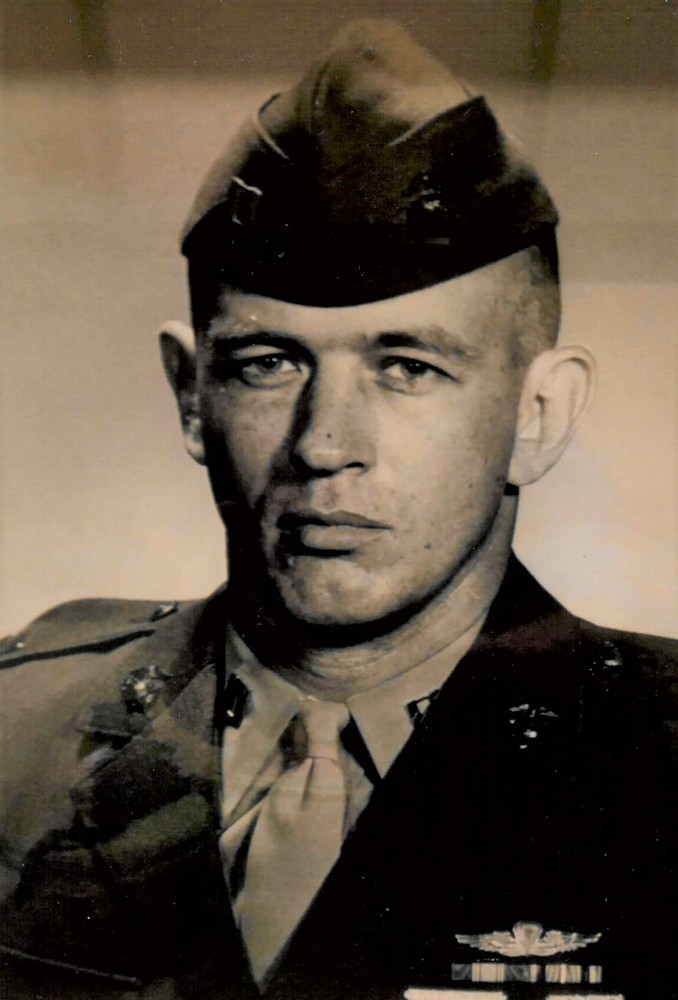 overlooking Little Lake Weir while holding hands with his wife of 61 yearsJudy Turner Wallace and Family;

and Olivia Sailor Mowrey. "We have lived a very interesting life,

especially&nbsp;after Lou took me for his wife! Soon we had Slyvia, Tripp and

Greg. Then along came David, Matt and Meg. Pretty soon after arrived Karli and

Halie. That finished up our big happy&nbsp;family! We have all enjoyed much

love and laughter. I certainly hope it's a long&nbsp;time before my hereafter!

P.S I also should mention our good friends Charlotte, Kaki, Carswell and Dave

because, if I don't they surely will rave!&nbsp;

Margaret Hurst Wallace and Arthur Louis Wallace Senior. He was raised in Sylvan

Hills and graduated Sylvan High where he played trombone in band and symphony.

He played football as a tackle for Sylvan Bears. Then received a football

Degree in marketing and received his commission&nbsp;as Officer in USMC.

Stationed in Quantico VA. In T&amp;T Regiment. He also played football on the

Quantico Marine Football team in 1960 and 1961. Then stationed in Camp Lejeune,

NC. Second Force Reconnaissance 1962 and 1963 as a parachutist on USS Thetis

Bay Ship and Frogman on USS Sealion Submarine. Then stationed in Japan at

Yokosuka&nbsp;US Navy Base as Adjutant of Marine Barracks 1964-1967. Then he

Horse Van and Substitute Teacher for Marion County Schools. He also worked for

the Marion County Elections. Lou was a member of the Belleview Mason Grand Lodge

for 29 years with a Sublime Degree of Master Mason. Member of the Methodist

To send flowers to the family or plant a tree in memory of Arthur Wallace, please visit Tribute Store

Share Your Memory of
Arthur
Upload Your Memory View All Memories
Be the first to upload a memory!
Share A Memory
Send Flowers