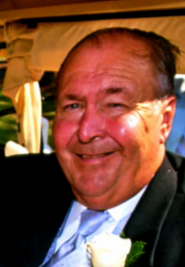 Anthony “Tony” Perrelli of Ocala, FL passed away peacefully Tuesday March 30, 2021. Tony was originally from West Haven, CT before raising his family in Seymour, CT. He moved to Ocala, FL in 2003.

Anthony was a graduate of West Haven High School where he played football. Later in life he furthered his education at South Central Community College attaining his Associates degree in Accounting. He was manager at McDonalds for many years before working as a car salesman until he retired to Ocala. While in CT, he was an active member of the Elks where he served as Exalted Ruler of the Derby Lodge in 1990 and 1991. He was an avid sports fan and particularly enjoyed watching the New York Giants and Yankees and had an affinity for horse races. Following the finer aspects of his Italian heritage, he enjoyed making his own sauce, was a lover of New Haven pizza, and listening to the crooner sounds of Frankie Vallie and Sinatra. Anthony lived his life “his way” and never took the short cuts. He was a leader to his family and everyone that met him had a story to tell.  His quick wit and humor served him well throughout the years. Above all, he loved his family fiercely and although sometimes a man of few words, those words carried all the weight they needed. He is remembered as a man of conviction and character.

He is preceded in death by his mother Olga, father Biagio, and brother Fred.

Services will be Wednesday April 7th at 12PM at Queen of Peace Church, SR200 and burial at Good Shephard Memorial Gardens, SW 20th St. at 2PM.

In lieu of flowers, donations may be made to the Humane Society of Marion County.

Share Your Memory of
Anthony
Upload Your Memory View All Memories
Be the first to upload a memory!