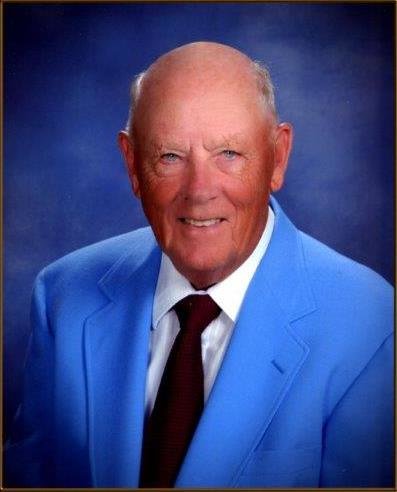 Herman (Herm) Joseph Barringhaus, Sr. was brought home to our Lord on Sunday, February 21, 2021 after a 2-year battle with lung cancer.  Herm was a man devoted to faith, family, and education and in all ways was a man of service.  He believed in teaching by example and has instilled in his children that desire to be a role model in all they do.  He had a deep devotion to the Blessed Virgin Mary and felt strongly about helping turn people towards her Son.   In every parish of which he was a member, Herm became deeply involved in the community, and his life at Queen of Peace was no exception.   In addition to being a lector, eucharistic minister, and rosary leader, he worked to bring others to Jesus through the Legion of Mary, ministry to the sick or in prison, the Right to Life movement, 1st Friday/Saturday devotions, and creating CDs of the rosary for the parish.

Herm loved sports, especially bowling and golf, and used his knowledge to try to help others understand and enjoy those sports.  He spent time growing youth soccer in Arkansas as a coach and referee, participated in his parish bowling league, and was an avid St Louis Cardinals baseball fan.  He is an Army veteran, having served our country as a radio technician, where he learned skills that would be used throughout his life.  He attended college for Electrical Engineering and worked in numerous jobs as a carpenter, roofer, and technician before he found his calling as an Installation Supervisor for AT&T/Lucent, ultimately becoming the premier 4ESS trainer for the company fulfilling his continual desire to help others learn.

Everybody who knew Herm would agree that he was an original DIY man and believed that he could, in most cases, ensure a quality job was done with any project.  He instilled this same drive in his children, teaching through example by involving them in various projects from re-roofing the house, rebuilding cars, changing the oil, building TVs and clocks, and countless other activities.  He believed in trying to do what you can yourself, sometimes scaring his wife and neighbors by trimming trees and climbing on the roof instead of hiring someone to do it.  The two accomplishments he was most proud of were his lighted two-level deck at his house in Ohio and the transformation of the lanai into an enclosed extension room of his Ocala home!

He enjoyed playing card games and loved teaching those games to others, especially pinochle, euchre, and hearts.   Still trying to help others learn and grow, he used his illness as another way of teaching by agreeing to be part of the cancer research program at Moffitt.

The family will receive their friends in the TimberRidge Chapel of Hiers-Baxley Funeral Home, 9695 SW 110th St. Ocala on Friday, February 26th from 6:00PM to 8:00PM with a rosary at 7:30pm (Herman’s recording).  His funeral Mass will be held at Queen of Peace Catholic Church in Ocala, Florida at 8:30am Saturday, Feb 27th.   Please note that mask and social distancing orders are still in place which will limit the number of individuals allowed to be inside for visitation, so some level of rotation may be required.   Herm would not want anybody to possibly become ill because of his visitation or funeral, so please come with the appropriate expectations in place.

Instead of flowers, donations can be made to The American Cancer Society (donate3.cancer.org) or directly to Moffitt Cancer Research (give.moffitt.org).

To send flowers to the family or plant a tree in memory of Herman Barringhaus, please visit Tribute Store

Share Your Memory of
Herman
Upload Your Memory View All Memories
Be the first to upload a memory!
Share A Memory
Send Flowers