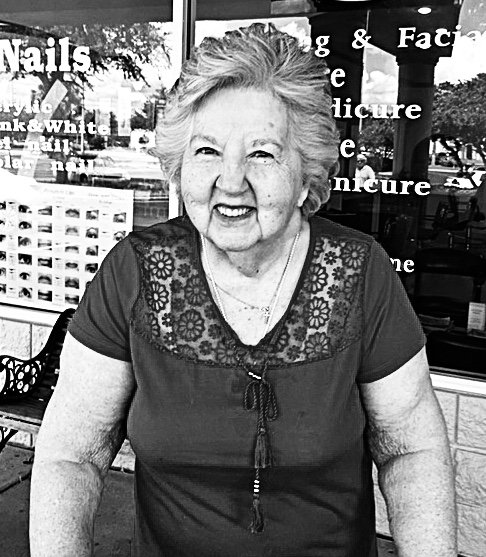 Therese C. Duffee, formerly of Hacienda North, The Villages, Florida and Canton, Connecticut passed away January 7, 2021 at Hospice House in Orlando, Florida from underlying health issues compounded by Covid.  Therese (“call me Terry”) had a remarkable ability to uplift and empathize with the downtrodden and those struggling with disabilities.

Born in Massachusetts 90 years ago, Terry was the eldest of Daniel and Cecelia Byron’s six children.  While still a teen she went to work as a secretary in Boston to help support her large family.  There she met her husband, Richard "Dick" Duffee, whom she affectionately referred to as "King Richard," when both were only 17.  They married upon Dick's graduation from Boston College, at age 21.

After holding positions as an administrative assistant and working for The State of Connecticut, Terry went on to help her husband establish his business, Odor, Science & Engineering, Inc (OS&E), providing scientific consulting services to many of the Fortune 500 industrial corporations.  Together they traveled the world many times over, both for business and pleasure.  They shared a great love of theatre, art and music for almost 61 years of marriage.  Their five children marveled at how their mother could sit down at the organ and play anything in the key of C.  They also savor memories of her licking green stamps, and holding therapy sessions over her Singer sewing machine.  Her grandchildren adored the huge family Christmas gatherings, shopping trips, and being treated to musical theatre at The Goodspeed Opera House.

Pre-desceased by her husband and their beloved youngest daughter, Erin Rose, Terry leaves behind their children:  Michele & Mike, Kevin & Elizabeth, Donnalynn & Jonathan, and Shawn & Theresa.  She also leaves her grandchildren:  Jessica, Jason & Kristy, Brian, Dan, Alan & Amy, Rachel & Justin, Natalie, Kaitlyn, Kayla, Kyle, and "honorary grandchild" Heidi.  She also leaves behind her great-grandchildren:  Lily, Emily, Molly, Will, Ethan, Melody, Jackson, and Nora.  The family also wishes to sincerely thank her longtime caregiver, Peggy, and their beloved Aunt Carole and her husband, Bruce, for their many kindnesses. They would also like to thank the staff of Serenades at The Villages and Cornerstone Hospice.

Due to Covid, a virtual memorial service will be held at a later date. Hiers-Baxley Funeral Services, 3975 Wedgewood Lane The Villages, FL, followed by interment at Florida National Cemetery, 6502 SW  102nd Ave, Bushnell, FL.  An additional graveside memorial service will be held for family and friends at Immaculate Conception Cemetery, 60 Town Hill Road, New Hartford, CT at a later date when deemed safe.

Donations can be made to: Feeding America to care for children and their families during these difficult times, or to Broadway Cares in support of theatre arts.

Share Your Memory of
Therese
Upload Your Memory View All Memories
Be the first to upload a memory!