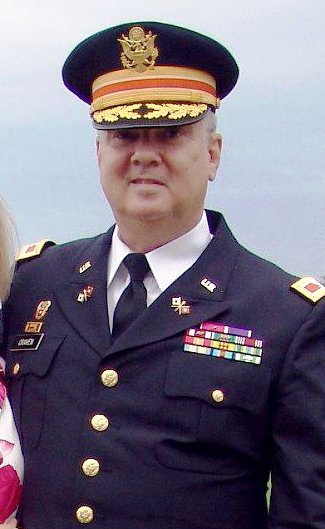 Sonny Craven, 76, entered the gates of Heaven on Sunday, August 2, 2020.  Originally from Sumter, SC, he grew up in Augusta, GA, and moved around the world during his 30-year Army service in the Signal Corps. Sonny is already missed beyond words. A loving husband, father, father-in-law, and grandfather, faithful friend and mentor to so many.  A good man who took care of his family and his responsibilities. His granddaughters were his world.

During his early military career, he managed a mobile television unit for the Pentagon, and led a combat photo team in Vietnam which documented combat operations throughout the Republic of Vietnam. This led to his two years of research and contribution/writing of a chapter in the book Vietnam B'ao Chi by Marc Yablonka, an author who was also part of the unit in 1968.

Later, he commanded a communications training company, served as Combat area Signal Corps Battalion executive officer and served as chief of the US Army News TV News Team. His public affairs career included assignments at several general officer level organizations as public affairs director.  From 1984-87, he commanded the American Forces Network, Europe (AFN), the largest and oldest of the military broadcasting networks, with 10 affiliate studios in four European nations.  He commanded the 560th Signal Battalion, the Army's Audiovisual School in Denver, CO.  He was Chief Public Affairs Officer for Fifth US Army Headquarters in San Antonio, TX, supervising public affairs activities within an eight-state area before completing his Army career, retiring at the rank of Colonel in 1992.

He then became an Associate Dean at Miami Dade College where he pioneered the School of Film and Video, and later became the Director of the School of Entertainment Technologies.  In this position, he created and oversaw comprehensive, professional-level programs designed to educate and prepare students for jobs in the television, video and motion picture industries, sound engineering, music business and radio broadcasting. He focused on developing strong ties to private and public south Florida efforts to build and maintain a strong infrastructure in these crafts.  Many of his student graduates and former soldiers had successful careers as a result of his mentoring and unique approach to "teaching, coaching, counseling and training", as he described his relationship with students.

After eight years with the college, he spent 5 years as the Communications and Marketing director at Virginia Military Institute in Lexington, VA.

His military decorations include two awards of the Legion of Merit, and the Purple Heart for wounds suffered during hostile action in Vietnam.

In 1982, he was awarded the key to the city of Anniston, Alabama for his civic and public contributions.  In 1989, he received the Bronze medal, Order of Mercury from the Armed Forces Communications-Electronics Association.  He is listed in the 25th Silver Edition of "Who's Who in the South and Southwest". He was a member of the Radio-TV News Directors Association, Armed Forces Broadcasters Association, and a past member of the Wolfson Media History Center, Miami Entertainment Round table, Greater Miami Chamber of Commerce's Entertainment Industry Committee, Dade Count Film Advisory Board and the Florida Institute for Film Education.  He held and earned accreditation as a member of the Public Relations Society of America.

He is survived by his wife, Sara Harlene, his son, Scott, his daughter-in-law Elizabeth, and his granddaughters, Jessica and Olivia. In lieu of flowers, donations may be made to Army Emergency Relief.  A celebration of life will be held in the near future.  He will be laid to rest with full military honors at Arlington National Cemetery.

To send flowers to the family or plant a tree in memory of Grover Craven, Jr., please visit Tribute Store

Share Your Memory of
Grover
Upload Your Memory View All Memories
Be the first to upload a memory!
Share A Memory
Send Flowers