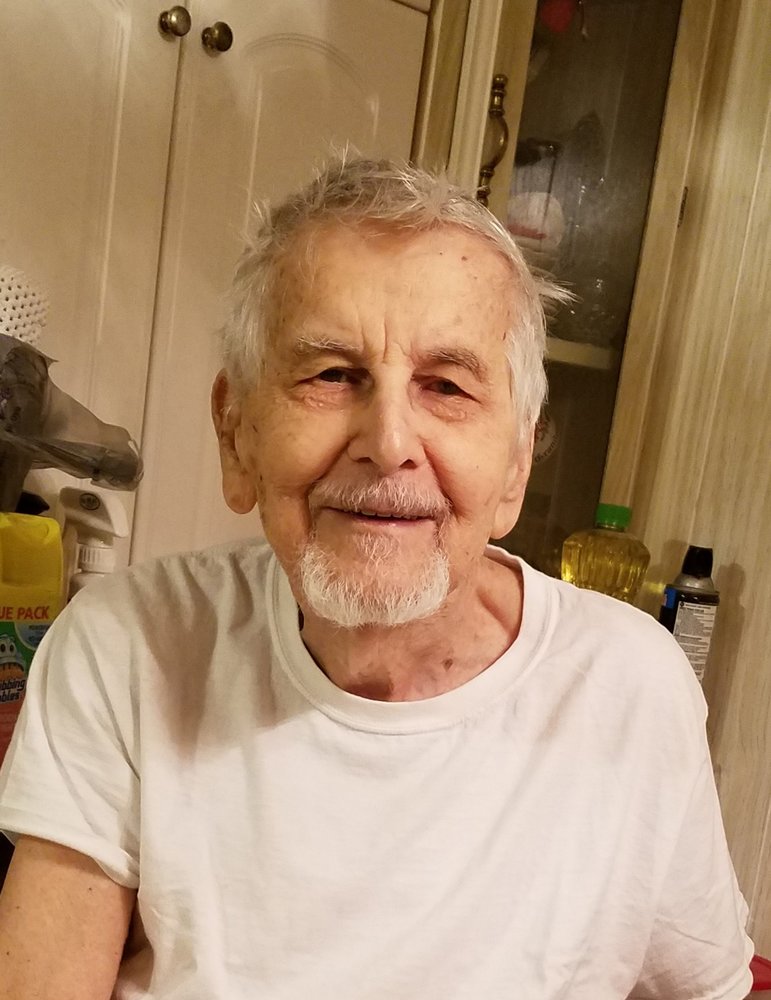 A proud Navy veteran, Mel enlisted in January 1945 serving in WWII until his discharge in July of 1946.

Upon his discharge, Mel returned to Chicago where he met the love of his life, Genevieve Napolski. On February 15, 1947 Mel & Gen were married at Good Shepherd Catholic Church in Chicago, Illinois.

In 1951, Mel & Gen purchased some property “in the country” as Mel always referred to, in Ingleside, IL. They built a home and planned to visit the country on weekends with their 3 small children. That all changed in 1955 when the family moved permanently; where Mel and Gen resided until 1972.

In 1970, Mel and Gen started traveling between Illinois and Florida quite frequently. They would come back to Illinois during the summer months where Mel would work the boat house at Holiday Park and then again in winter months for the skiing season.

Officially making Ocala their home in 1972, Mel owned and operated The Magic Shop. He continued with his business until his retirement in 1977. Upon moving into Spanish Oaks in 1980, Mel stayed active within his community until the late 1990's, serving on the activities board, teaching square dancing as well as competing in square dancing throughout the Ocala/Leesburg areas.

In keeping with Mel's wishes there will be no services.

To send flowers to the family or plant a tree in memory of Melvin Barnard, please visit Tribute Store

Share Your Memory of
Melvin
Upload Your Memory View All Memories
Be the first to upload a memory!
Share A Memory
Send Flowers