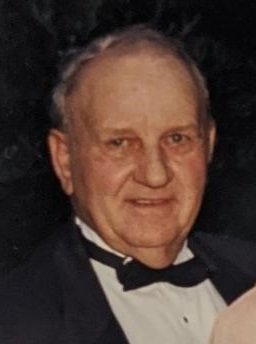 Ralph Edward Barber, 90, of Summerfield, Florida passed away May 2, 2020 at The Club Health & Rehabilitation Center, The Villages, Florida. He was the husband of the late Mary Jane (Brown) Barber.

Ralph was born on a farm in Peterson, Iowa a son of the late Floyd and Lillian Barber. He was one of nine children. He was a lifelong Iron Worker building everything from auto factories and nuclear power plants in Michigan and Indiana to the Space Ship Earth ride at Epcot Center. He was a dedicated father, and family man.  He loved to hunt, camp and fish.  He could fix just about anything that was broken and he would give you the shirt of his back.

He was preceded in death by his parents, wife, daughters, Rhonda Anderson and Sondra Finger and brothers, Dale, Wayne, Roger and Jerry and sister.

To send flowers to the family or plant a tree in memory of Ralph Barber, please visit Tribute Store