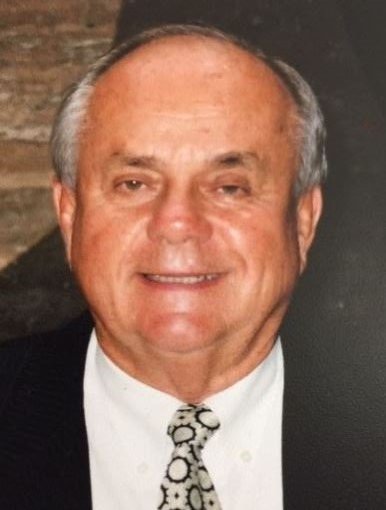 Thomas Frank Drilling, 92, of Ocala passed away on Wednesday, July 3, 2019 at his residence in Ocala, Florida. Tom was a native of Evansville, Indiana and served in World War II in the US Army Air Force.  He graduated from the University of Evansville in 1951 and obtained his Masters from Indiana University in 1958.  Tom moved to Hollywood, FL in 1959 and was an educator for over 35 years in Indiana and Broward County, FL.  Tom volunteered in many organizations such as the American Cancer Society, Shine for Seniors, the Democratic Party and with several local hospitals. Tom Drilling was appointed by Governor Graham as Chairman of the Board of Hollywood Memorial Hospital from 1980-1984.  Tom and his wife, Harriett, moved from Hollywood to Ocala in 1985.  Tom was a life member of the Florida Education Association and National Education Association, Founder of Marion County Audubon Society, and formed Pennies for Parks in Marion County.  Those funds were used to purchase park land such as Carney Island Park, Brick City Park and others. Tom also loved to travel, read, play tennis and bridge.

A funeral service will be held at 11:00am on Tuesday, July 9, 2019 at Hiers-Baxley Funeral Services TimberRidge, 9695 SW 110th Street, Ocala, FL 34481. A visitation will take place at the funeral home prior to the service beginning at 10:00am. Burial will follow with military honors at Florida National Cemetery in Bushnell, FL. In lieu of flowers donations may be made to the Audubon Society or your favorite environmental group. Online condolences may be sent at www.hiers-baxley.com.

To send flowers to the family or plant a tree in memory of Thomas Drilling, please visit Tribute Store
Tuesday
9
July

Share Your Memory of
Thomas
Upload Your Memory View All Memories
Be the first to upload a memory!
Share A Memory
Send Flowers