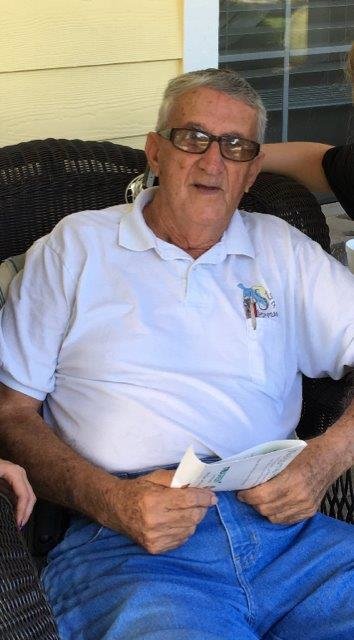 Doyle M. Shamblin, 83, of Belleview, Florida, passed away peacefully at

his home February 13, 2019. Doyle will be lovingly remembered by his three

sons: Kevin, Steven and Alan (Cheri). He is also survived by his four

Doyle was preceded in death by his wife, Margaret Shamblin (Taylor) who

passed away on November 24, 2018. He was born to parents Doy Roosevelt

Shamblin and Sarah Ola Ingram in Sissonville, WV. He is survived by one of

his brothers; Owens J. Shamblin and preceded by his other five siblings;

Doyle was an entrepreneur his whole life. He was involved in multiple

roles within family ventures in WV and in a variety of businesses. He was

store. He moved to FL in the 1970's and bought a garage and gas station

with a U-haul dealership. He returned to WV and opened another grocery

store in Huntington, WV all before relocating to Belleview, Fl to start a

peanut business with his family in the 1980's. Doyle enjoyed owning his

peanut and ice cream businesses until his passing. He also found pleasure

in playing cards with his friends.

Funeral services are scheduled at Hiers-Baxley Funeral home on Thursday,

Share Your Memory of
Doyle
Upload Your Memory View All Memories
Be the first to upload a memory!
Share A Memory