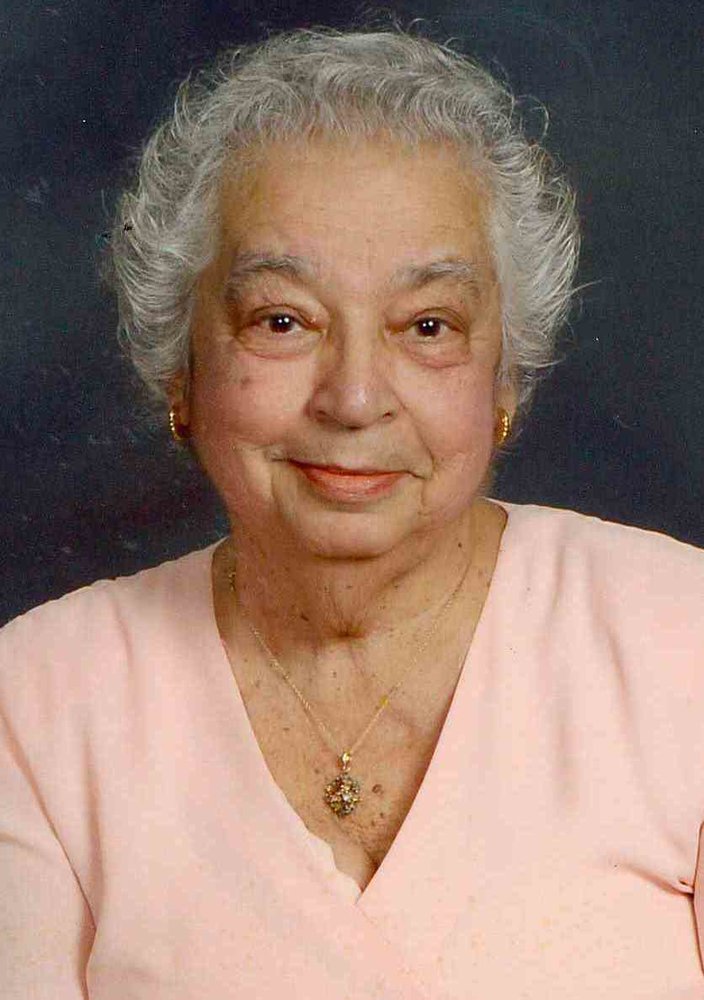 Irene MacAlpine, 90, of Summerfield, Florida passed away May 28, 2018 at her home.  She was the devoted wife of the late Charles D. MacAlpine who preceded her in 2013.

Irene was born on May 22, 1928 in Boston, Massachusetts a daughter of the late Barnet and Miriam (Yarlow) Golden. She was a member of St. Mary’s Episcopal Church, Belleview, FL. She enjoyed cross word puzzles, cryptograms, playing cards and her involvement in the various church groups.

Irene is survived by devoted daughter, Jean McGrail of Ocala , FL and son, Robert  MacAlpine of Marlboro, MA, step-daughters, Janet  Pessolano of  Canterbury, NH, and Linda  Nocerino of Proctorsville, VT. She has 12 grandchildren and 11 great grandchildren. She was preceded in death by a son, Charles MacAlpine, Jr. and grandson, Jonathan MacAlpine.

Funeral Services will be held on Tuesday, June 5, 2018 at 10:00 AM at St. Mary’s Episcopal Church, Belleview, FL.  A viewing will be held at the church from 9:00 AM till the time of the service. Interment will be at the Florida National Cemetery, Bushnell, FL. Arrangements entrusted to Hiers-Baxley Funeral Services, 5946 SE Robinson Road, Belleview, FL 34420.  Condolences may be left at Hiers-Baxley.com.

Share Your Memory of
Irene
Upload Your Memory View All Memories
Be the first to upload a memory!
Share A Memory