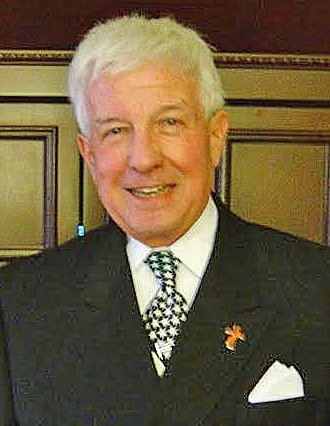 Deacon Charles Bubello Sr, 87, known to friends as “Charlie”, passed away peacefully on May 5, 2018 in the wonderful care of all the Nurses and Doctors at Ocala Regional Medical Trauma Center.

He leaves his wife of 66 years, Alice Bubello; his daughter, Susan Bakke; his sons, Charlie Bubello, Jr., John Bubello and Dean Bubello; nine grandchildren; twelve great-grandchildren, and many, many close friends and colleagues.

Born in Manhattan, NY, on January 1, 1931, the son of Thomas and Mary McDonough-Bubello, he raised a family in Brooklyn, Queens, Long Island, Framingham, Quincy and finally residing to The Villages in Wildwood, Florida.

As a young boy, Charlie used to sneak onto the back of the Trolley into Manhattan to visit his Grandparents. After graduating from Boys High School in Brooklyn in 1948, he would get his Bachelors Degree from Brooklyn College in 1960. Later in life he would go on to get his Masters Degree in 1997 at the Weston Jesuit School of Theology. He met his wife Alice, at St. Michael St. Edwards Church CCD program and dance in Brooklyn on February 21, 1949, and they would later marry on September 1, 1951. In 1952 he was drafted into the U.S. Army during the Korean Conflict, where he was a Private, First Class.

After serving in the Army, he would later go on to work at the NCR Corporation, Zayres and Bradlees. In 2000, he was ordained a Deacon of the Catholic Church, his greatest of all his passions. He served faithfully and dutifully for the Archdiocese of Boston and the Diocese of Orlando. Charles loved to help people, especially people in distress both physically and mentally and there was no greater honor for him than to serve the Lord and his family. His last and final act of service was donating his liver, which will allow the recipient to continue the gift of life and love.

On May 9, a Remembrance Mass Service will be held for all the wonderful friends and neighbors at St. Vincent de Paul Church, 5323 E Co Road-462, Wildwood, Florida at 2:00pm. A reception will follow.

Share Your Memory of
Charles
Upload Your Memory View All Memories
Be the first to upload a memory!