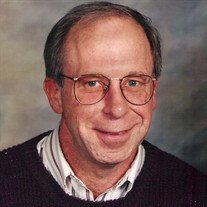 Donald was born on March 26, 1952 in Appleton, Wisconsin the son of the late Lester and Awanda (Erdmann) Kuzenski. He worked at Bergstrom Paper [later P. H. Glatfelter] in Neenah, WI. Later he worked for Memorial Florist. He was an active member of St. Mary's Parish in Appleton before moving to Florida in 2015. He attended St. Theresa Catholic Church where he volunteered at the Food Pantry and Thrift Store. He was a huge Green Bay Packers and Milwaukee Brewers fan. He enjoyed hunting, fishing, and playing Sudoku.