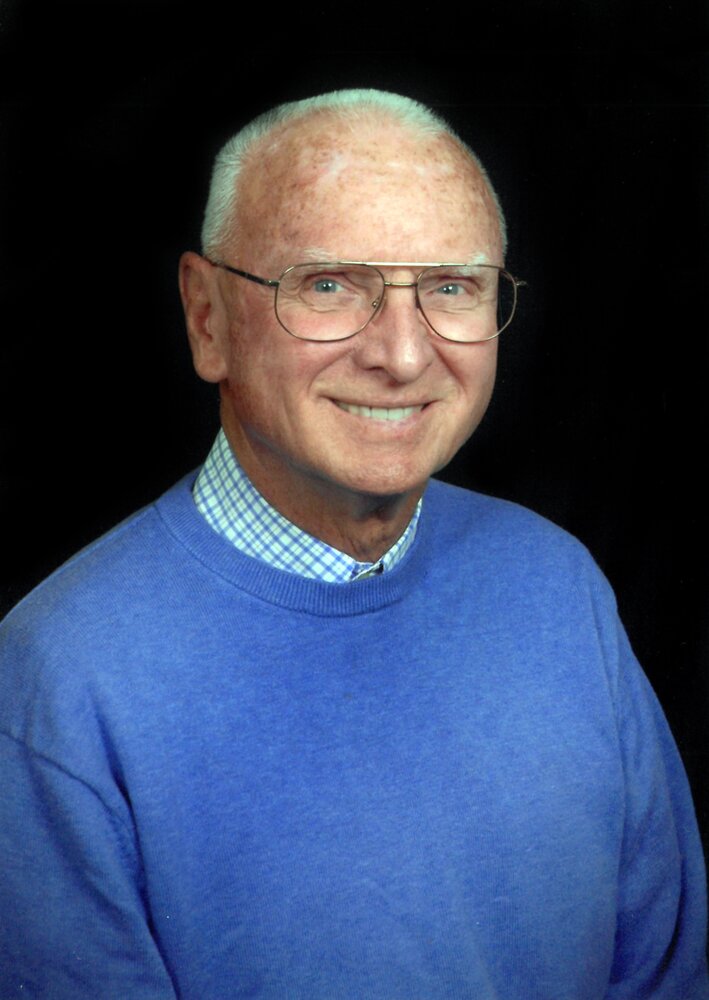 Jerry Dean Curry passed away peacefully at home in Ocala, Florida on January 13, 2023. Jerry was born in a white house in the small town of Kinmundy, Illinois in 1933 to parents Cecil and Rose Curry. He loved the country life and had fond memories of playing with cousins at his grandparents’ farm. Unfortunately, life moved the family to Chicago, Illinois, where he graduated from Farragut High School in 1953 and fell in love with his high school sweetheart, Mary Ann Patek, whom he married in 1954.

After two years attending Sioux Falls College, Jerry and MaryAnn returned to Chicago to be closer to family. His career path in data processing began at Benefit of Railway Employees as a sorter machinist. Quickly he learned how to wire computer boards and learn the trade of data processing. In 1958, Jerry and his young family moved to LaPorte, Indiana, where he became Supervisor of Operations in the Data Processing Department at Whirlpool Corporation. His department designed and implemented accounting and financial systems and migrated from tab card to first generation IBM and RCA equipment. In 1968, he was promoted to Corporate Data Processing Director in Benton Harbor, Michigan. His responsibilities included corporate-wide coordination of standards, acquisition of equipment and software, and strategic planning. His position extended his resume to Sao Paulo, Brazil where he provided strategic direction to Brastemp, to Inglis, Ltd. in Toronto, Canada, where he designed a new computer center for operations and systems and to Argentina where he participated on the Argentina Whirlpool-Philips disentanglement project.

Jerry didn’t slow down in his retirement. After 31 years with Whirlpool, he continued to teach data processing at Ferris State University in Big Rapids, Michigan. He was very active in Bible Study Fellowship and Men’s Fellowship Clubs at church. Jerry and MaryAnn volunteered many hours to Operation Christmas Child, including Jerry making over 1,000 wooden toy cars for the shoeboxes. Through his genealogy searches, Jerry connected with relatives in Croatia and the Czech Republic whom he visited on several occasions and entertained in the USA.

Jerry will be greatly missed by his wife, Mary Ann of 68 years, his three children, Debra Horton, David, and Jeri Lynn Curry, his six grandchildren, and seven great grandchildren. His family was his pride and joy. He shared his love of the outdoors camping with his young family, Boy Scouting with his son, going on a ten day canoe excursion in Northern Canada with Sarett Nature Center, teaching his grandsons how to fish and hunt, hosting family gatherings at Brown County State Park, and helping with barn chores at his daughter’s horse farm in NH. He said his only regret was never raising chickens.

A Christian service will be held on January 28, 2023 at 11:00am at McGriff Funeral Home in Kinmundy, IL followed by burial at the Curry gravesite at Evergreen Cemetery. In lieu of flowers, donations may be made to Samaritan’s Purse Operation Christmas Child.

To send flowers to the family or plant a tree in memory of Jerry Curry, please visit Tribute Store