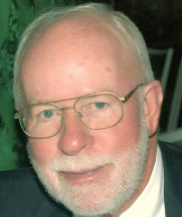 Born on October 18, 1937 in Meridian, Mississippi, he was the son of the late James Ward Woodruff Sr. and Mary (Spinks) Woodruff. His first wife of 38 years was Denise Anne (Dee) Woodruff. They married on October 14, 1967 in Hyattsville, Maryland. She died on April 28, 2005 in Orlando, Florida due to breast cancer. Bill and his present wife of 10 years, Margie Kay (James) Woodruff, were married on August 31, 2012 in The Villages, Florida.

During summer break, between his sophomore and junior year in college, he had a job at the Propulsion Laboratory at Wright Patterson Air Force Base (WPAFB), as an Engineering Aide, testing jet engines. That was when he decided to make propulsion engineering his career. He loved that kind of work. After graduating from college he went to work at WPAFB working on the Supersonic Combustion Ramjet (SCRAMJET) that was the propulsion system for the Aero-Space Plane.

After 5 years at WPAFB, he moved to Maryland to work at NASA’s Goddard Space Flight Center (GSFC) working on rocket propulsion systems for scientific satellites. He was responsible for testing rocket engines for attitude control systems and orbit maneuver systems. He worked on a wide variety of scientific satellites. That was followed by being the Head of the Propulsion Branch and the Head of the Flight Safety Branch.

He retired from NASA when he was 57 years old and played golf for 1-year, got bored out of his mind and went back to work at NASA as a contractor for another 10-years. He worked primarily on the Geostationary Operational Environmental Satellites (GOES) and the Tracking and Data Relay Satellites (TDRS). These are weather satellites and communication satellites that provide near 24-hour communication coverages.

He and Dee moved from Laurel, Maryland to The Villages, Florida in 2004. He bought a house in Royal Oak of Springdale and loved it so much that he never moved again. His favorite hobbies were Golf, Bridge and Genealogy.

The family requests that people make donations in support of the American Cancer Society, in lieu of sending flowers.

Burial will be at the family plot in Spring Grove Cemetery in Cincinnati, Ohio.

Share Your Memory of
William
Upload Your Memory View All Memories
Be the first to upload a memory!
Share A Memory