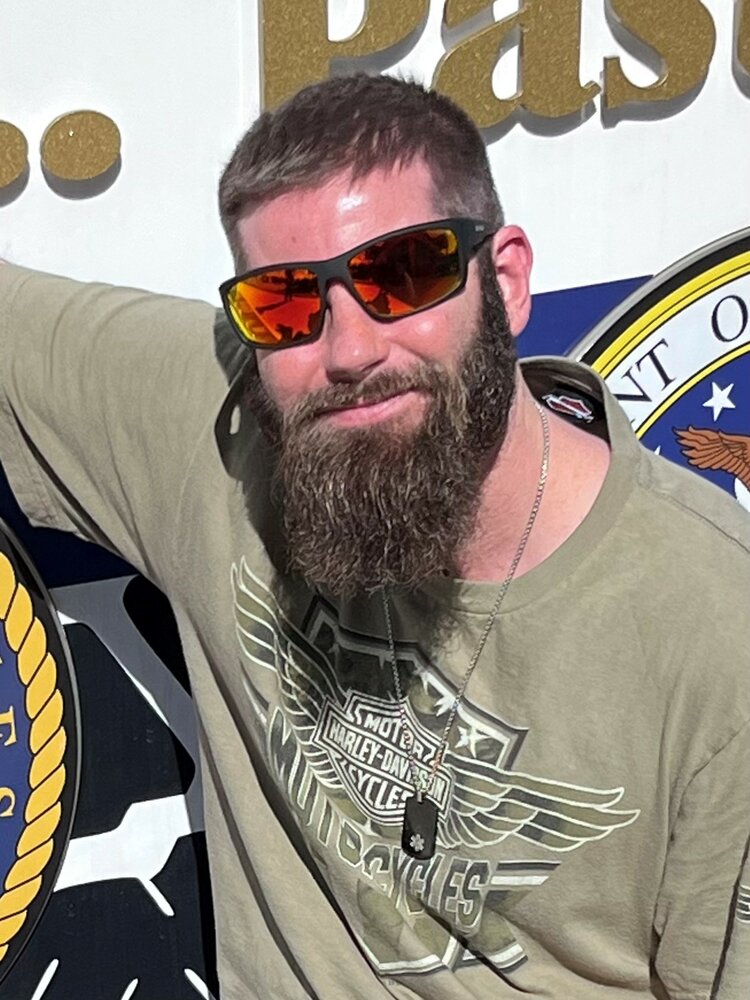 John Clifton Shewbuirt – “Bones” – 42, of Ocala, Florida passed away on December 30, 2022 as the result of a motorcycle accident.  He was proud to be a Master Parts Specialist with War Horse Harley Davidson.

John was born on November 7, 1980 in Houston, Texas.  Because of his few months of residence in Texas, he claimed the right to cheer-on the Texas Longhorns and happily did so.  The family relocated to the Pinellas County area of Florida – living in Largo and Clearwater before settling in Safety Harbor where John resided until his graduation from Countryside High School in 2000.  While attending high school, John participated in the United States Naval Sea Cadets Corps program through the U.S. Coast Guard Reserve site in Tampa, Florida.  John advanced through the program, beginning with 8th grade and completing it with graduation as a 12th grader.  Thus, it was no surprise to anyone that shortly after high school graduation, John was off to Basic Training at Naval Station Great Lakes outside of Chicago, Illinois.

As an Active Duty Mineman, he served six years, proudly representing the USA at his first foreign adventure in Sicily.  He received multiple medals and commendations while on active duty.  He was designated a combat veteran of Operation Enduring Freedom.

John moved to Ocala, Florida in 2003 when he was assigned to the area as a Navy Recruiter.  It was there that he met Brenda, his wife of eighteen years.  They relocated to Corpus Christi, Texas for a time.  However after his active duty discharge in 2006, Ocala was calling and they moved back home.  John continued to serve his country for four more years as a Ready Reservist.

In recent years, John discovered his love of motorcycles and never looked back.  The smile on his face when riding was only bigger when he was talking about his latest idea for bringing more sales to his store.  John loved his life in the Navy, his life with Harley Davidson, his wife, family, friends, God and fishing!  Cherished Husband, Son, Brother, Uncle and Friend, he will be sorely missed.

In lieu of flowers, if you choose, please honor John with a memorial contribution to either:

K9 Partners for Patriots at https://k9partnersforpatriots.com

Share Your Memory of
John
Upload Your Memory View All Memories
Be the first to upload a memory!
Share A Memory