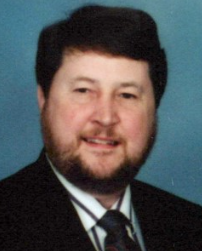 Larry Lee Ehrhardt, 74, of Ocala, FL passed away on December 17, 2022 at his home.He was born in Allen Park, Michigan on May 13, 1948, grew up in Ohio and moved to Florida after completing his service with the United States Navy.

He was a Registered Nurse at the Imperial Point Medical Center in Ft. Lauderdale and the Monroe Regional Medical Center where he retired in 2010.During his career in health care, he spread hope and comfort to all he encountered and was a wonderful son, brother, husband, and uncle.

He will be missed by all who knew him.

In his youth, Larry was a quarter midget racing champion in Detroit.He later became the drum major for the Amherst (Ohio) High School Marching Comets before entering the service in 1969. During his active duty he trained at the Great Lakes Naval Station and served at the Pensacola Naval Hospital; the United States Naval Communications Station Sidi Yahya El Gharb; and aboard the USSSanctuary.After his service, Larry studied at The Ohio State University and graduated from Columbus College.He attended Lighthouse Baptist Church in Citrus County and was the "roadie" for his wife, Linda, a Gospel singer, songwriter and recording artist. He also immensely enjoyed the camaraderie of the Corvette Club of Marion County.

He leaves behind a brother, Rick Lewis; sister-in-law, Laura Lewis; and nephews Jason Lewis and Jacob Lewis of Delaware, Ohio.Larry was one of the best uncles in the world. In recent years, he was his nephews' biggest fans, cheering for Jacob listening to his collegiate football games on the radio each week. He had even more in common with Jason and loved speaking with him for hours on end. Larry also had a very close cousin, Bill Samples of Flushing, Michigan who served as best man at his wedding and his long-time friend and companion, Katie, a miniature schnauzer.

He was predeceased by his wife, Linda Ehrhardt and parents, Jay and Wilma Lewis.

Funeral services will be held in his honor at Hiers-Baxley Funeral Services, 910 E. Silver Springs Blvd., Ocala.Larry will be sadly missed and will always hold a place in our hearts. We would love you to come and honor his life at the service.

In lieu of flowers, please consider a donation in Larry's name to the US Department of Veterans Affairs who helped Larry and our family greatly in recent years.Donations can be sent online tohttps://www.cdceportal.va.gov/donate_online/

To send flowers to the family or plant a tree in memory of Larry Ehrhardt, please visit Tribute Store
Wednesday
28
December

Share Your Memory of
Larry
Upload Your Memory View All Memories
Be the first to upload a memory!
Share A Memory
Send Flowers