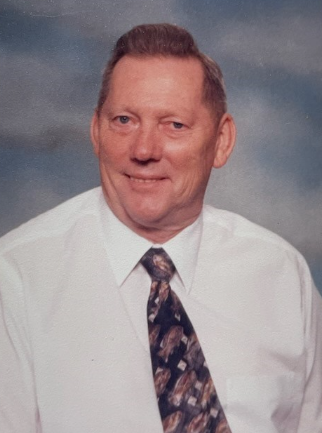 He was preceded in death by his parents Harrison Thornton Lovell and Eulalia Goen Lovell, and his sister Rosemary Keith and his brother James W. Lovell.

Boots retired from the US Air Force in 1979, serving for 24 years in such farflung places as Johnston Atoll, the Netherlands, England, Labrador, France and Belgium–which is where he met and married Marie-Jeanne. After retiring from his final posting at Tinker Air Force Base in Oklahoma they settled in Ocala and then Boots went on to work for 20 years at Martin Marietta/Lockheed Martin.

Boots loved to fish, hunt and garden, often donating his harvest to local food banks. He also had a love/hate relationship with the computer and enjoyed forwarding funny emails.

He was a member of the Morningstar #94 Masonic Lodge, a 33rd degree in the Scottish Rite of Ocala, and he was a Shriner and part of their clown unit.

He is survived by wife of 53 years Marie-Jeanne, daughter Marie-Anne Johansson (Olle) and his son Harry Buck Lovell (Tara), along with two daughters from a previous marriage Glenora Richardson and April Lovell. He is also survived by his grandchildren Kaitlin and Colin Lovell, Elias Johansson, Kaz Richardson, Latessa Rae Kesterson, Ashley Wagner, Desiree Lake and Jeremiah Turner, and as well as several great grandchildren, and his nieces and nephews in Arizona.

In lieu of flowers the family asks that donations be made to the Shriner’s Hospital for Children, Jacksonville, Florida.

To send flowers to the family or plant a tree in memory of Harry Lovell, please visit Tribute Store
Thursday
15
December

Share Your Memory of
Harry
Upload Your Memory View All Memories
Be the first to upload a memory!
Share A Memory
Send Flowers