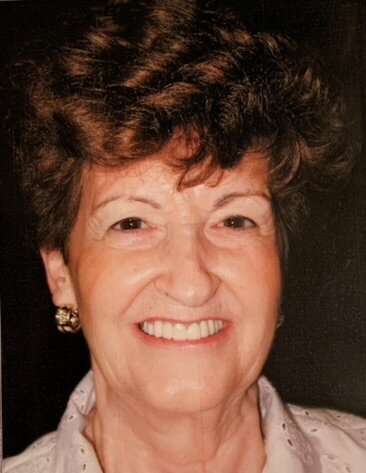 Betty Lemieux, born Berthe Demers, passed away on November 23rd at the age of 86.

Beloved wife of the late Raoul J. Lemieux, both Betty & Raoul were born on July 29th, six years apart, & chose to marry on July 29th!   Interestingly, Betty’s memorial service is being held at 11:00 am on December 12th, at Hiers-Baxley Funeral Home, just like Raoul’s nine years ago.  They were made to be together, from birth to death…

Born in Canada, in the province of Quebec, this French lady rapidly showed her leadership and enthusiasm.  In Matagami, a northern city in Quebec, she built up a grocery store from scratch.  To serve her local community, she also became the Post-Mistress.  Their building also accommodated the Municipal and Provincial Police Departments, the City Hall, and other local services.

In 1968, to heal her failing health, the doctor notified Raoul that his wife imperatively needed a warmer climate.  That is why, without further ado, all the family migrated to Miami, Florida.  Active as always, Betty soon looked for new opportunities.   She returned to school and became a cosmetologist.  Upon graduation, Betty opened 2 beauty salons with one of her fellow students.

In 1976, the concern for their growing teenagers’ security motivated them to buy a local landmark in Ocala, FL, named The Rustic Grill.  Together, Betty and Raoul developed what is now known as Braised Onion restaurant.

Betty is known as a generous woman with a charismatic personality!  Always smiling and energetic, she was welcoming and dynamic.    Always looking forward to new opportunities…  This certainly well describes our beloved mother.  She instilled in us strong values that have served us well.  She will be dearly missed and forever in our hearts.

Betty’s celebration of life ceremony is set for Hiers-Baxley Funeral Home on Monday, December 12th, at 11:00 AM.  Friends and family are invited to attend.  The address is 910 SE Silver Springs Blvd, Ocala, Florida.

To send flowers to the family or plant a tree in memory of Berthe Lemieux, please visit Tribute Store

Share Your Memory of
Berthe
Upload Your Memory View All Memories
Be the first to upload a memory!
Share A Memory
Send Flowers