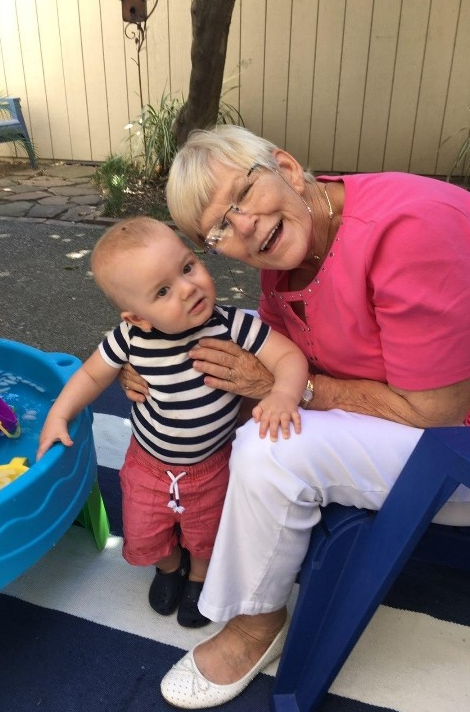 Beverly Kay (Johnson) Johnson ended her battle with Alzheimer’s on December 1, 2022 at Chatham Glen Long Term Care facility in The Villages, Florida. She was born on December 10, 1946 in Teaneck, New Jersey to S. K. (Bill) Johnson and Ethel Lawrence.

Bev graduated from the Bartram School in Jacksonville, Florida in 1964. She attended Hood College for two years before graduating in 1968 from the University of Miami with a degree in Art Education.

Bev and Bing have been residents of The Villages since 2005. Bev was instrumental in establishing Therapy Dog Teams and Reading Education Assistance Dog (R.E.A.D.) teams through the Dynamic Dog Club of the Villages. She was also a past President of that organization and was an active member for most of her later life.

Bev was also an active writer and member of the Writers League of the Villages. She received special recognition from that organization in December, 2018 as she continued to write (with help) while dealing with dementia. She has a novel on Amazon.

Prior to The Villages, Bing spent 30 plus years working for Western Electric, AT&T, and Lucent Technologies. Bev was always the trailing spouse and worked wherever they lived. She started a kindergarten in Derry, New Hampshire with a dear friend in our church there; was a bank teller, commercial and fine artist, and taught art to middle schoolers in Blacksburg, Virginia through a grant from the state of Virginia. Her last employer was Home Depot where she began as a kitchen designer in Bethlehem, Pennsylvania, became the head of Customer Service for their Northeast Division, and managed the implementation of a Federal consent decree for Home Depot Corporate concerning equal pay for women. She was very proud of her work there.

Words cannot express how much she will be missed by those who knew and loved her, but we know she is resting now in the arms of Jesus.

To send flowers to the family or plant a tree in memory of Beverly Johnson, please visit Tribute Store
Thursday
8
December

Share Your Memory of
Beverly
Upload Your Memory View All Memories
Be the first to upload a memory!
Share A Memory
Send Flowers