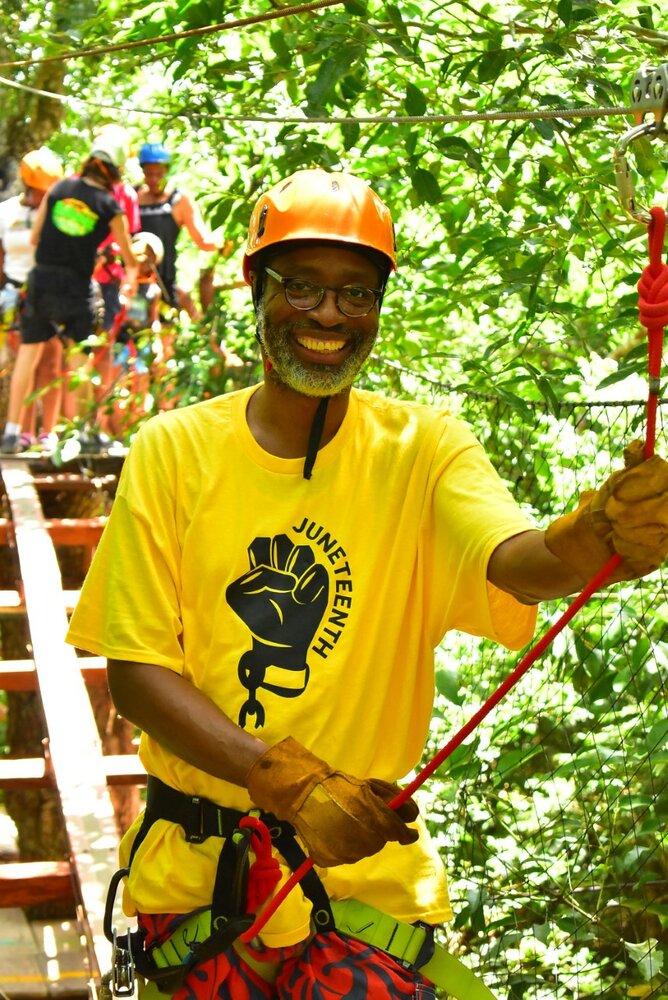 Michael Ali Llewellyn was born to Veta & Jephthah Llewellyn on June 21, 1966. Mickey, as he was affectionately known, was the third (3rd) of six (6) children from this union. He attended Horizon Park All Age School in Spanish Town St. Catherine, Jamaica, for his formative years. He attended and graduated from J.F. Kennedy HS, Bronx, New York.

He studied accounting at LaGuardia Community College Queens, New York, and received an Associate Degree in Accounting. He followed in his father’s footsteps and found his passion as an over-the-road truck driver. He enjoyed traveling, which truck driving provided him.

“AH MEE MAN” was one of his favorite phrases. Michael was a brother for a lifetime; childhood, youth, adulthood, forever and ever.  Mickey, we LOVE YOU ALWAYS! Selah Amen

The family will receive friends at 10:00 a.m. Saturday, December 3, 2022, at Hiers-Baxley Funeral Services, Belleview.  The burial will be in Highland Memorial Park, Ocala, FL.

To send flowers to the family or plant a tree in memory of Michael Llewellyn, please visit Tribute Store

Share Your Memory of
Michael
Upload Your Memory View All Memories
Be the first to upload a memory!
Share A Memory
Send Flowers