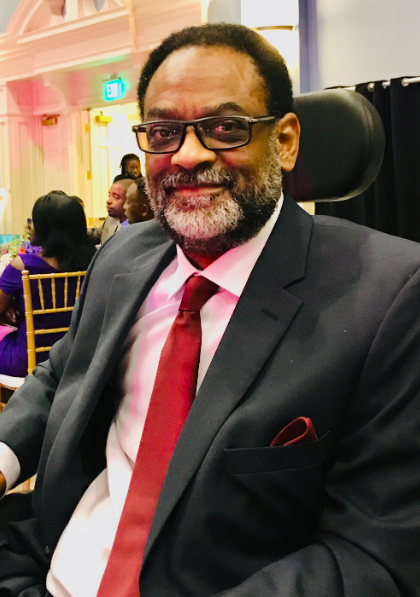 Donald Milton Jones Jr. was born on March 10, 1957 in Baltimore, Maryland to Donald Milton Jones Sr and Doris Jean Jones, the third eldest child and oldest boy.  On  the night of Sunday, November 20, 2022, he passed  from time to eternity at his home in Summerfield, Florida in the arms of his wife and daughter.

Donald professed Christ at an early age and later rededicated his life to the Lord in 1981 at the Israel Baptist Church in Baltimore.  He later joined Mount Pleasant Church & Ministries in Baltimore in 1996. He joined the Village View Community Church in Summerfield, Florida in January, 2020 after several years of periodic attendance in-person and virtually.

Donald married the former Audrey Kelly on December 5, 1981 and from that union they had two children, Crystal and Donald the 3rd.  He was a devoted father and leaves his children with many cherished childhood memories and eclectic cultural experiences.  Affectionately known as "Pop-pop," he had a special love and pride for his two granddaughters, Jada and Jazzy.

Donald grew up in Woodlawn in Baltimore County, Maryland and attended Baltimore County Schools.  He graduated Woodlawn High School in 1975 and worked several jobs including Rustler Steakhouse, Martin's West, and the Baltimore County Board of Education before starting his almost 28-year career as a postal clerk with the United States Postal Service.  He was an avid stamp collector since childhood. He retired in 2011 after becoming disabled.

"Honey (Audrey), we are going to take our lemons and make lemonade." That was his positive attitude that made so many admire him. In spite of Donald's many chronic physical challenges and disability, he always put his trust in God. He and Audrey put their faith and trust in the Lord and moved to the Del Webb Spruce Creek Golf and Country Club in Summerfield, Florida in 2015 for warmer weather which was better suited to his physical condition.  He joined the Del Webb community Men's Bible Study and the African American Club and up until the advent of Covid, participated in many activities. He developed strong relationships and friendships and loved living in Florida.. He wanted others to see Christ in him and be drawn not by his words, but by his attitude and actions.

To send flowers to the family or plant a tree in memory of Donald Jones, Jr., please visit Tribute Store
Friday
16
December