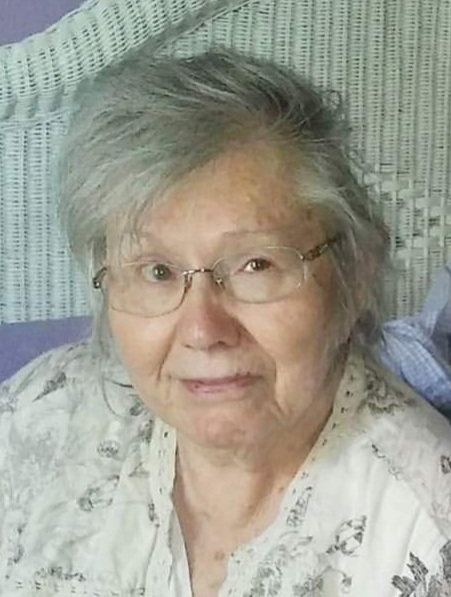 Gladys Joyce Madaychik, 90, of Ocala, FL passed peacefully away on October 31, 2022. Gladys was born on April 18, 1932 to William and Theresa (née Rummel) Vanderbilt in Milford, New Jersey. She married George Opdyke in 1953 until his death in 1961, and later married Andrew Madaychik in 1973 until his death in 1985.  After attending high school, she took up the occupation of wife, mother, and homemaker; she later added foster parent to her list of uncelebrated yet indispensable roles.

Gladys is survived by her loving children, Diane (Robert) Bachman, Julie (Nick) Dedaj, and George (Dawn) Opdyke from her first husband, George; and by her child, Michael (Jen) Madaychik, and step-children, Andrew Madaychik and family, Joan Leone and family, and Marie Hamerstone and family from her second husband, Andrew. She is also survived by her 11 grandchildren: Shannon, Shane, Brooke, Martin, Chris, Joe, Tina, Duke, Curt, Wyatt, and Emma, and by her 16 great-grandchildren, along with two nieces and other assorted friends and relations. She was preceded in death by her parents, William and Theresa, husband George, husband Andrew, son Matt Madaychik, brother Bill Vanderbilt, and many beloved pets, most notably Shoo-Shoo and Baby.

Known as Mimi (or Meem) by those who knew and loved her, Gladys was a kind and gentle soul who always worried about others’ needs before her own. She loved kids and animals, and kids and animals loved her right back; they knew instinctively that this kind lady would take care of them, love them unconditionally, and perhaps most importantly, feed them good food! Her recipes for macaroni and cheese, oyster stew, apple fritters, kipfels, and palatschinken were the stuff of family legend and nourishment for both body and soul. Always a free spirit and free thinker, Mimi held a deep reverence for nature, and in her younger years enjoyed puttering around the yard and garden and taking daily walks up the lane, usually with a flock of kids and dogs trailing beside her. In her later years, Meem took up trampoline jumping as a means to maintain her youthful health and vigor; she also became an unabashed superfan of television action-adventure series heroine, Xena: Warrior Princess.

A memorial service will be held in the near future where her ashes will be laid to rest alongside her beloved husband George at Rosemont Cemetery in Rosemont, New Jersey.

Mimi, our “Worrier Princess”, will be forever loved and missed, and held up as an inspiration to live a long, full, and good life with all its ups and downs.

To send flowers to the family or plant a tree in memory of Gladys Madaychik, please visit Tribute Store

Share Your Memory of
Gladys
Upload Your Memory View All Memories
Be the first to upload a memory!
Share A Memory
Send Flowers