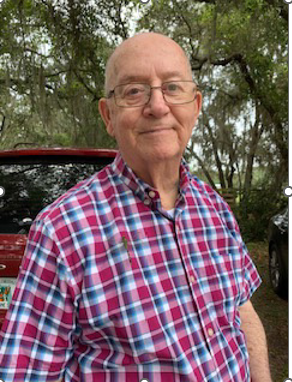 James worked most of his career in the Automotive Service industry as a mechanic and a service advisor working on Volkswagens. He and his family moved to Georgia in 1980 where he spent most of the remainder of his life. He was a member of Thomaston 1st Assembly of God and served as a deacon for several years. In his spare time and retirement he enjoyed making things with wood. He made things from doll furniture to household furniture. He made a crib for his first grandchild and a rocking horse. He also made game boards, like chess and checkers, and clocks.

Because of his increasing illness, he and Jackie moved to Florida to be closer to their daughter in 2020.

In lieu of flowers, the family has requested that a donation be sent to the American Parkinson’s Disease Association in James' name.

His body will be laid to rest at Macon Memorial Park in Macon, Ga.

Share Your Memory of
James
Upload Your Memory View All Memories
Be the first to upload a memory!
Share A Memory