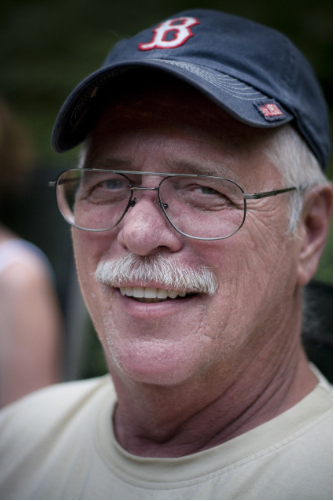 Don was born in Ada, Oklahoma on November 21, 1945, to Anna Fern Cotton and Clarence W. Austin. He moved frequently as a child, living in Kansas and Nevada before serving in the Army as a young man. He later attended technical college and worked as an HVAC contractor before eventually settling in New England, where he met Marlene Hersey (née Zielinski). Both With all their children grown, Don and Marlene began new chapters of their lives with love and laughter, marrying in 1993. Don was well-liked by anyone who knew him. He had a fun-loving personality and a ready smile. Known for his big laugh, Don had an even bigger heart and would drop everything to help someone in need. Shortly after their marriage, Don and Marlene moved to Illinois, where Don worked for Abbot Pharmaceuticals, eventually retiring from the company.

He is survived by his wife, Marlene Austin; children and step-children Christine Austin, Brian Frizzell (Susan), Michael Frizzell (Laura); grandchildren and step-grandchildren Jake, Catie, Nicole Ann, Zoe, Graeham; several half-siblings, including Lynda Collier with whom he shared a close bond; and their morkie, Lucy. He is preceded in death by his son Robby Austin and step-daughter Kim Hines (Joe).

A memorial service will be held on Friday, October 14 from 12:30-1:30 at Hiers-Baxley Funeral Services in The Villages, Florida. He will be laid to rest in Florida National Cemetery in Bushnell, Florida.

To send flowers to the family or plant a tree in memory of James Austin, please visit Tribute Store
Friday
14
October