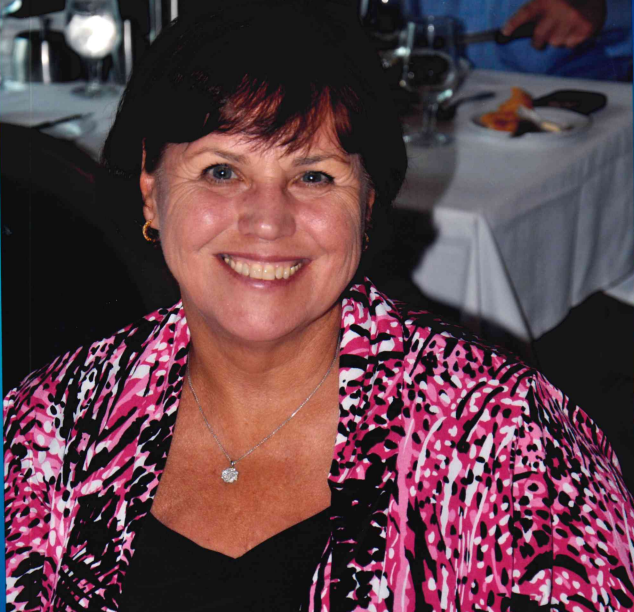 Justine (Scott) Potrepka, 75, of The Villages, Florida, and formerly of Southington, CT entered into eternal life on August 31, after a courageous and hard fought 5-year battle with ovarian cancer. She was the beloved wife of Robert F. Potrepka of 54 years.  Born October 11, 1946, Justine was the daughter of the late Mark A. Scott and Anita (Verseckas) Scott

She is survived by her loving husband, Robert (Bob) Potrepka of the Villages, two children, Susan Thompson and her husband, Mark of Sarasota, FL and son Kevin Potrepka and his wife, Tina of Cheshire CT.  She also leaves her grandchildren who she adored, Davis and Tess Thompson and Allison and Ryan Potrepka. She leaves a brother Mark W. Scott and his wife, Claudia, of Greenacres, FL, sister Debra (Scott) Busto and her husband Domenic, of the Villages, FL, brother-in-law, James Potrepka of Plantsville, CT, and two sister-in-laws, Marianne Reynolds of Durham, CT and Kathleen Potrepka, of South Portland, Maine. She also leaves several nephews and nieces as well as her friends, near and far.  Besides her parents, she was predeceased by her granddaughter, Amanda Potrepka.

After graduating from Waterbury Catholic High School, she began her work career at SNET. She then met the love of her life, Bob, at a dance at Bantam Lake on July 25, 1965 and they were then married on September 2, 1967. After living in both Iowa City, Iowa and then Arlington, VA, they moved back home to Southington, CT where she was a stay-at-home mom until her children were both in school. Following this, she returned to the workforce at AE Group and then Harvest Medical, both in Southington. She then began working at Aetna Insurance in Middletown where she started as an HR secretary and climbed the ranks for 20 years to retire as an executive assistant.  On retiring, they moved to a more sunny and warm locale in The Villages, FL in 2007 where she enjoyed playing golf with her friends and family. She always enjoyed telling us she got a “birdie” or a “par”. She enjoyed participating in Neighborhood Block parties as well as going on cruises with her Virginia Trace neighbors. She enjoyed vacationing in Aruba and also travelling to see her children and grandchildren in Naperville, IL and Cheshire, CT.  “Grammy” loved spending time with her family during their visits to their home and baking special treats for them.  She was a warm, loving and devoted wife, mother, grandmother, sister and friend, and she will be greatly missed by all who knew her.

Visiting hours will be held from 3-5 p.m. on September 20th at Hiers-Baxley Funeral Services.  A funeral mass will be celebrated at St Vincent DePaul Church on September 21, at 11 a.m.   Plantsville Funeral Home is in charge of final burial arrangements on October 7th.

In lieu of flowers, contributions may be made to The American Cancer Society. PO Box 6704
Hagerstown, MD 21741

To send flowers to the family or plant a tree in memory of Justine Potrepka, please visit Tribute Store
Tuesday
20
September

Share Your Memory of
Justine
Upload Your Memory View All Memories
Be the first to upload a memory!
Share A Memory
Send Flowers