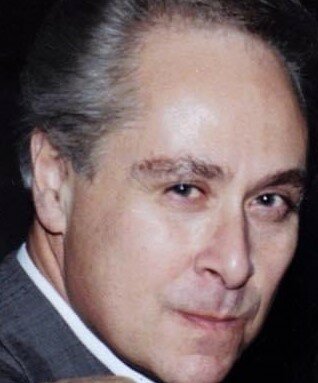 It is with deep sadness that we share news of the peaceful passing on July 29th of our beloved father; (Jack) Francis John Crispi at the age of 84. He was husband of the late Fran Crispi, who was the love of his life. Jack Crispi was a devoted father ("Pop/Big Cheese") of three children; Donna M. Gibbons, Leigh Encarnacion and F. John (& Maura) Crispi; two stepchildren; Craig Wallace and Julie Clancy, and many grandchildren and great grandchildren. Jack is survived by his younger brother James R. Crispi and family, as well as many extended family members. Jack had a well-respected career at IBM in New York State as a duel electrical engineer and physicist and retired at the age of fifty. During retirement, he said goodbye to New York, moved to The Villages, Florida and never looked north again. Upon retirement, Jack self-learned the skill of trading and loved to share his expertise with family and all who were interested. He was an accomplished investor and trader. After several years of successfully achieving his own personal goals, Jack embarked on another path of sharing this knowledge and skill with a select group of others. Jack's heart was in teaching, and he fulfilled this life long objective of helping others learn the ability to achieve financial freedom. It filled Jack's heart with immense pride to hear of his student's success. Jack's persistence in teaching will always be appreciated by those who were lucky enough to be in his 'inner circle' of family and friends. They would all agree that - "Chief's" charts will forever rule! He was knowledgeable(brilliant), passionate, exceptionally gracious, willing to share and good humored as an instructor (AKA "Chief"). Jack will be missed by all and memories of him cherished forever. He can be quoted to say, "I have lived a good life." We know he is happy to be reunited in heaven with his mother, Rena Porter; father, Francis George Crispi; his Aunties, Ann, and Jule; as well as his true love, Fran. Until our paths cross with "Pop" again, his unfailing love will live through his amazing children, grandchildren, and great grandchildren

To send flowers to the family or plant a tree in memory of Francis Crispi, please visit Tribute Store

Share Your Memory of
Francis
Upload Your Memory View All Memories
Be the first to upload a memory!
Share A Memory
Send Flowers