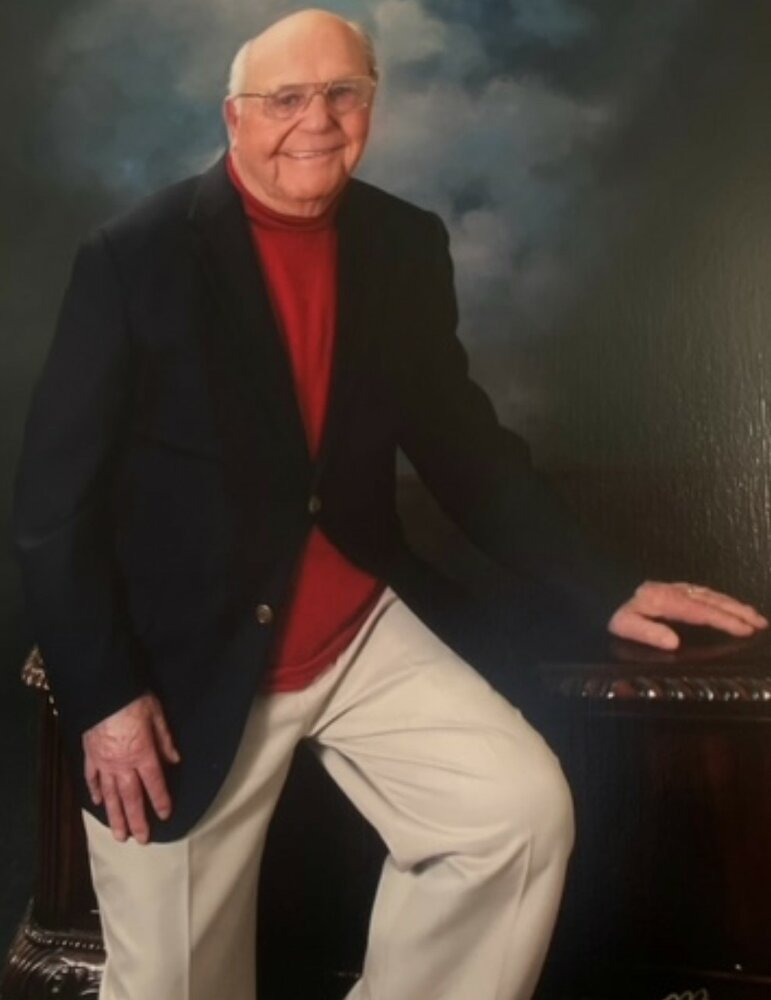 Mr. Edward Hartz Mims age 98, gained his wings on July 29, 2022 with family members present. Ed was a wonderful husband, father, grandfather, and great grandfather. He is Survived by his wife of 29 years Sandi Mims , and daughter Diane and son Randy. He is preceded in death by a son Russell. He also leaves grandchildren; Patricia, Shannon, Lance, Julia, and Will; great -grand children Jana and Jackson. Ed was born in Dallas Texas and served as a Lieutenant Turret Gunner on a B 24 in World War II. His plane (Kansas City Kitty) exploded in the air. Ed survived the plane attack, was picked up by the Germans and subsequently put into a prisoner of War Camp and Concentration Camp Stalag 17 in Krams, Austria. He was truly a war hero and was awarded the Purple Heart along with many medals for his gallantry in service and in battle. Ed Mims came home from the war in time to start a business of his own (the Mims steel company)in Dallas on Royal Lane. Upon his retirement, Ed and Sandi moved to Breakeridge, Colorado and Bozeman, Montana, where we enjoyed the mountains and skiing. We will miss you Ed, and now you have received your lift ticket to heaven. The service will be held on Thursday August 4th at 10 am at Hiers-Baxley Life Event Center, 3975 Wedgewood Lane The Villages, FL 32162. Military Honors and a Committal service will follow at Highland Memorial Park in Ocala, FL.

To send flowers to the family or plant a tree in memory of Edward Mims , please visit Tribute Store
Thursday
4
August