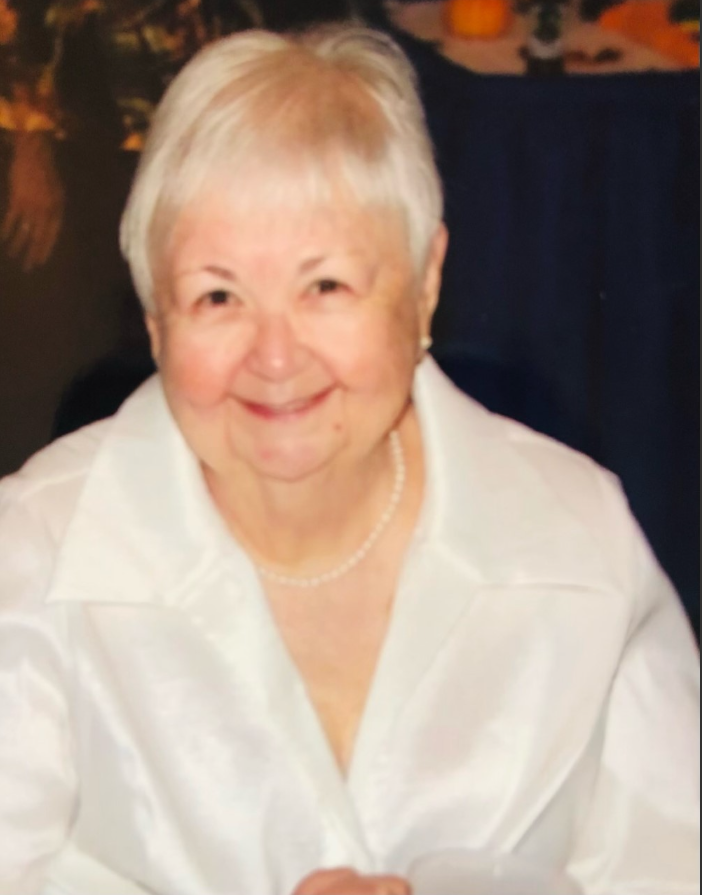 Born in Washington Park, Illinois to Howard Hayden and (R) Elizabeth (Mitten) Hayden in 1933 she lived a full and wonderful life with her husband, Billy and three sons: Scott, Stanley and Stewart.

Marian and Billy were married in East St. Louise, Illinois on August 7th, one of the hottest days on record in1956. One week later, after their honeymoon, the officiating minister chuckled, accused them of living in sin. He had forgotten to sign the marriage license. Everyone got a laughed.

Marian lived a military spouse’s life, moving every three years and dealing with deployments. This would always challenge Marian to be creative with keeping the boys grounded. Because of this she always made the holiday’s special and perpetuated family traditions no matter where home was located.

Marian and Billy moved to the Villages in 1997 and loved the retired life. They played golf, enjoyed social clubs and played Mr. and Mrs. Santa Claus during the Christmas Holidays in the Villages and surrounding communities. They also ran a Non-Profit called “Special Kids”, which afforded a bi-yearly golf outing opportunity for special needs children in the tri-county area.

Marian is survived by her sons and their spouses: Scott (Carol), Stanley (Vickie) and (the favorites) Stewart (Maryanne); Grandchildren, Jenny Hicks, David Ferguson, Sarah (Kraft) Strodtbeck ; Great-Grandchildren: Kylan Ferguson; Riley and Liam Strodtbeck, and her sister Nancy Raps. Marian is preceded in death by her husband, Billy and her parents Howard and (R) Elizabeth Hayden.

Funeral Services will be held at Heirs-Baxley, 3975 Wedgewood Ln, The Villages, FL on August 15th between 11 am and 1 pm.

To send flowers to the family or plant a tree in memory of Marian Kraft, please visit Tribute Store
Monday
15
August

Share Your Memory of
Marian
Upload Your Memory View All Memories
Be the first to upload a memory!
Share A Memory
Send Flowers