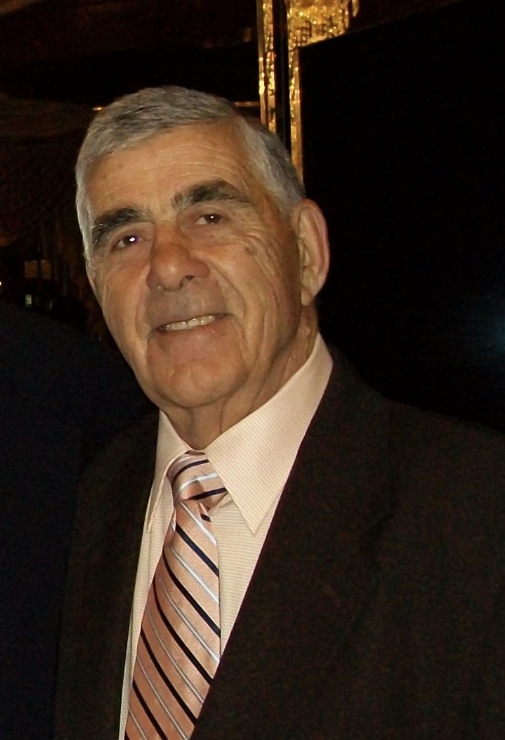 Nick was the beloved husband of Donna Jean, loving father of Nicholas Jr. and his wife, Jane, Frank and his wife, Patty, John, Joseph, and Donna and her partner, Aleksandar. He was loving grandfather to Vincent, Gina, Daniel, Michael, Yesenia, and Destina and great-grandfather to Alyssa and Adriana. His sister, Jenny, along with many nieces and nephews, also survive him. Nick was predeceased by his parents, Frank, and Margherita Pallotta and his sister Philomena (Fay) Hartigan.

Nick was born in Brooklyn, New York to Frank and Margherita Pallotta, who immigrated from Guardiaregia, Italy with Nick’s older sister, Philomena. The family settled in Brooklyn where Nick and his sister, Jenny were born.

Nick was a veteran of the United States Army serving during the Korean War. He worked for the Triboro Bridge and Tunnel Authority for more than 30 years.

After returning from the war in 1953, Nick and his two best friends, Tony and Rudy met 3 nurses from Ohio: Mary, Sally and Donna Jean, the love of Nick’s life. The 3 couples married and raised their families together and shared lifelong friendships. We know that Tony, Rudy, and his brotherin-law, Joe will be glad to finally be reunited with their old friend, Nick, to discuss politics and baseball over cigars and scotch – like the old days.

Nick and Donna were married in 1959, and recently celebrated their 63rd wedding anniversary. They raised their 5 children in Woodhaven, NY before retiring to Florida in 1985. Nick and Donna enjoyed a wonderful life in Florida the last 35 years, traveling, golfing, and enjoying many wonderful friendships.

Even though he was from Brooklyn, and surrounded by Dodgers fans, Nick was a die-hard Yankee fan. He loved to tell the story of how he tried out for the Yankees during one of their open tryouts – and even kept a jar of infield dirt from the Stadium. He also loved the New York Giants and St. John’s University basketball. But most of all, he loved his wife, Donna Jean, and was dedicated to making the best life for her. Nick took great pride in his family. He will be missed by all who knew him.

A memorial for Family and friends will be held at a later date.

To send flowers to the family or plant a tree in memory of Nicholas Pallotta, please visit Tribute Store

Share Your Memory of
Nicholas
Upload Your Memory View All Memories
Be the first to upload a memory!
Share A Memory
Send Flowers