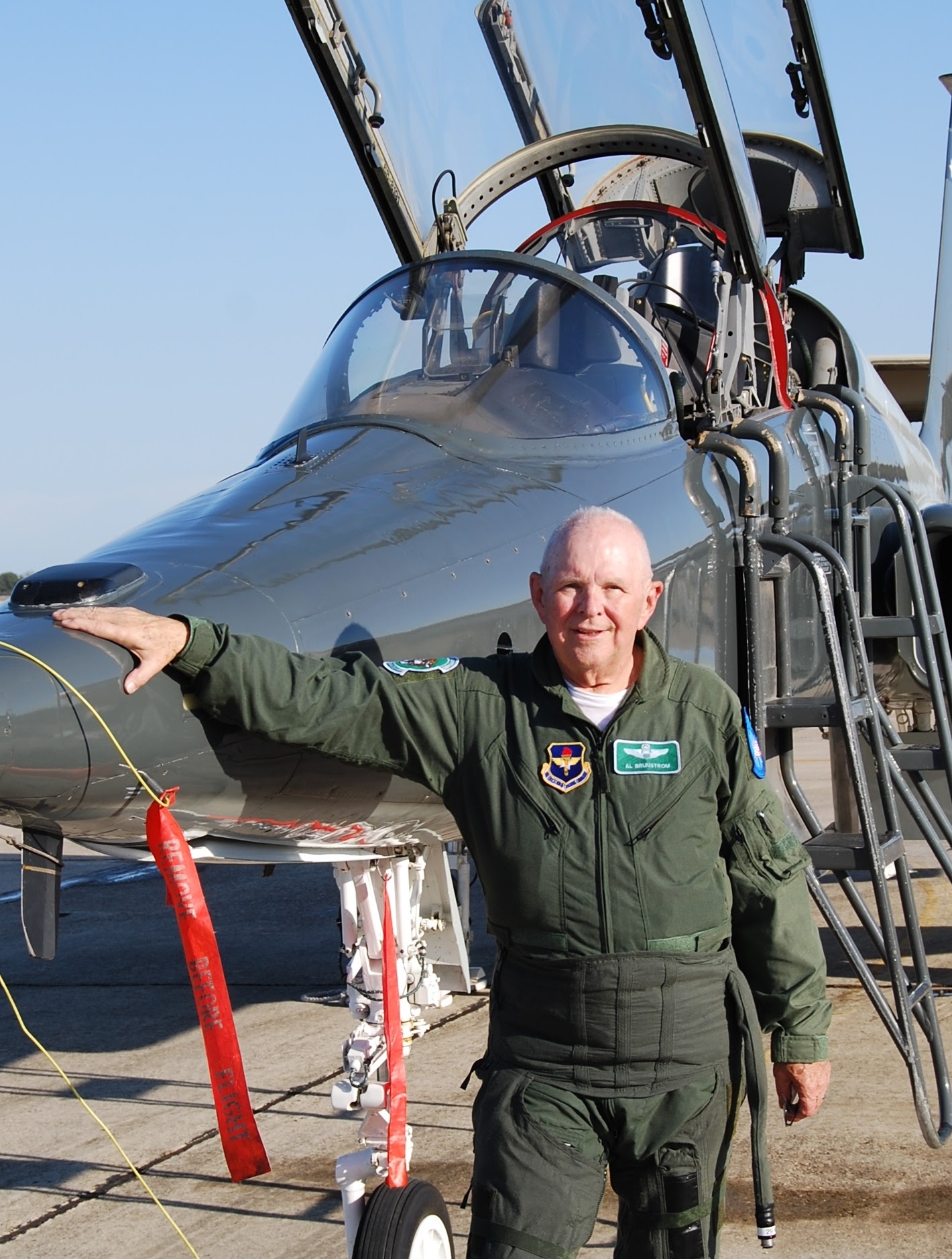 Alan Leslie Brunstrom, 91, of Ocklawaha, FL, passed away peacefully on Sunday, May 29, 2022, in the care of Haven E.T. York Hospice Care Center in Gainesville, FL.  He was born in Menominee, MI to Prescott and Mildred Brunstrom and has lived in Ocklawaha since 1989.  Alan proudly served in the Air Force for 30 years.

He has military decorations including:

Bronze Star (2) with V for Valor

He flew the following aircraft:

He was a member of:

Military Officers Association of America - Kingdom of the Sun Chapter

Military Order of the Purple Heart

and enjoyed attending many of the reunions.

On Sunday, November 13, 2022, the Rolling Thunder Chapter 7 will travel from Ocklawaha to Ocala to honor Alan Brunstrom a long-riding member.  They will arrive at Hiers-Baxley Funeral Services, 910 E. Silver Springs Blvd, Ocala, FL at 1:00 pm. There will be a gathering of family and friends for one hour prior to the memorial service which will begin at 2:00 pm.

Alan will be laid to rest with full military honors at Arlington National Cemetery in Arlington, VA joining his wife who is holding his spot.

For more detailed information regarding Alan's military career go to pownetwork.org or veterantributes.org

In lieu of flowers, please make donations to Villages Honor Flight at villageshonorflight.org

Share Your Memory of
Alan
Upload Your Memory View All Memories
Be the first to upload a memory!
Share A Memory