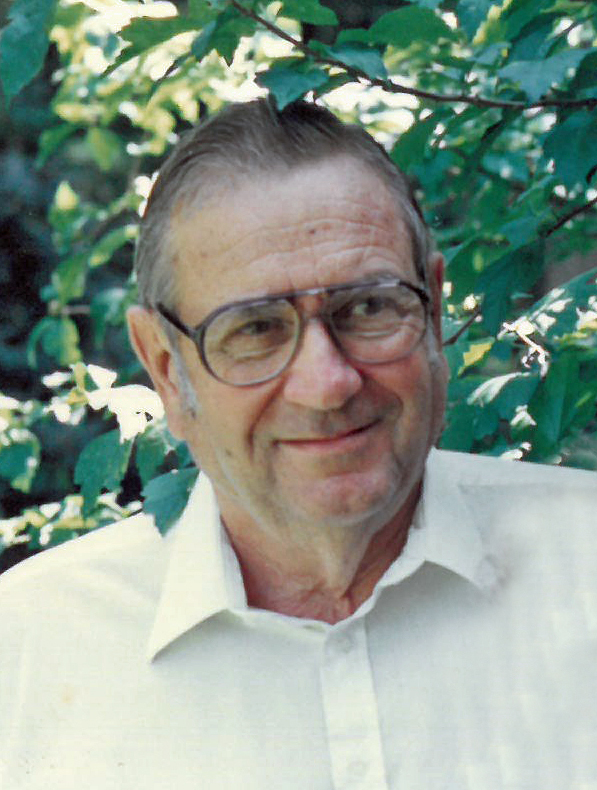 Robert L. Ward Jr., 96, of Ocala, Florida, passed away peacefully at home on Tuesday, June 7, 2022, surrounded by family. Robert was born to Dr. Robert L. Ward and Katie Ruth Spiegner Ward in West Palm Beach, Florida, on October 29, 1925. He graduated from Palm Beach High School in 1943. After graduation, he served three years in the United States Army Air Corps during World War Il as a meteorologist in China, Burma, and India.

After his enlistment in the military, Robert enrolled at the University of Florida where he earned a Bachelor of Science degree and Master's Degree in Education and Guidance. In 1948, he married his lovely wife Marion (Betty) Sheen Ward. He began his thirty years plus professional career in education in Ocala, first as a science teacher at Ocala Junior High, and then as principal at Fort McCoy Elementary (1-12 grade at the time). He then became the first principal of Ocala Highlands Elementary, where he remained until retirement. The school was then renamed R L Ward Highlands Elementary as a testament to his legacy. Robert also held a Real Estate Brokers License and General Contractors License which he used to serve the Ocala area upon retiring from education. Robert worked at Midstate Federal for 12 years as a VP in construction loans, inspections and appraisals. After retiring from Midstate, he joined his sons' construction company to hold a highly coveted position of "go-fer" and took pride in not receiving "one red cent."

Robert's hobbies were extensive. He enjoyed scouting, swimming, fishing, and traveling. He started in Boy Scouts of America at 11 years old and continued another seventy-eight years as an active participant. He earned his Eagle at 14. In 1976, he took 48 scouts to Philmont Boy Scout Camp in New Mexico. Additionally, he was founder and Scoutmaster of Troop 196 for 25 years and was awarded a Silver Beaver. He was the youngest waterfront director at Ridgecrest Boys Camp. His love of fishing took him to the Bahamas, Cayman Islands, Canada, Alaska, and the Panama Canal. He became a member of the Bonita Club in 1973 and served on its Board of Directors for more than forty years.

Robert was civic minded his entire life and received recognition for his engagement. He was one of the founders of the Teachers' Credit Union, a life member of the Delta Tau Delta College Fraternity, past president of Principals Association of Marion County, served eight years on the Board of Directors of Ocala Regional Hospital, and a Life Member of Ocala Elks Club, VFW, the American Legion and one of his most proudest accomplishments, a 58 year member of the Ocala Lions Club. He earned the Ollie Daughtry Award, Rotary's Service Above Self Award, Lion of the Year several times, The Boy Scout Good Shepherd Award and Family of the Year for Marion County. He helped start two foundations at the College of Central Florida for nursing and sight, with the Ocala Lions Club. Recently, the Lions Club added his name to the Ocala Lions Club Endowed Scholarship (in memory of Dr. Charles Marks and Abe Shashy).

Robert Ward leaves behind a large circle of devoted friends. He re-established a 25-acre orange grove on Carney Island and was truly delighted in sharing his oranges with his friends. Or he would provide bushels of apples after returning from family vacations in Hendersonville, NC. He valued the friendships of the ROMEO Breakfast Club. Everyone who knew him benefitted from his larger-than-life generosity of spirit. He lived by the motto: practice reverence to the Lord, patriotism to country, and service to your fellow man.

He said recently "Above all" He loved his family - Betty, his wife, daughters: Shelley and Trina and sons, Bobby and Billy and his grandchildren.

To send flowers to the family or plant a tree in memory of Robert Ward, Jr., please visit Tribute Store