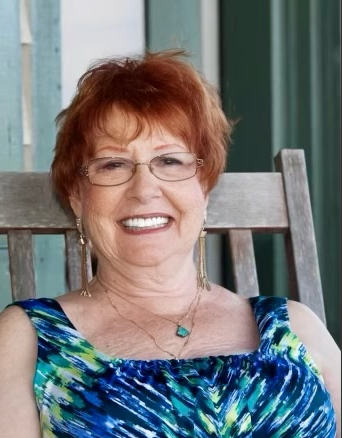 Margaret (Peggy) Helene Othen, 85, of The Villages, Fla., and longtime resident of Cutchogue, N.Y., passed with her beloved husband by her side on May 15.

Margaret was born on March 23, 1937, to parents Margaret (Heimink) and Andre Kaluza. Margaret attended Flushing High School and graduated in 1954.

Margaret met her husband and soulmate, Robert Othen, while both worked for the NY Telephone Company. The couple wed in 1960 and moved from Queens, N.Y., to the North Fork in 1966- a place Margaret spent many childhood summers at the “bungalow” and  where the couple raised their children and built a beautiful life together, full of love, family and many pets. The Othens moved to The Villages in 2003 where they met countless friends, adopted new hobbies and became the vacation destination for all of their family. Everyone always wanted to be at “Nana and Pop-Pop’s,” swimming in the pool with them, drinks in hand, playing games and always belly-laughing and creating memories.

Affectionately known as “Nana” to many, Margaret was a bright light with a sensitive soul who loved her family and friends deeply. Margaret spent much of her time in New York City with her family enjoying Broadway shows, the Tony Awards and many adventures. Along with her husband of 62 years and their tight-knit family, Margaret traveled the world and made many family memories right in Florida at Walt Disney World. “Nana” was always deeply involved in the lives of her children, grandchildren, and those who she always treated as her own. Whether riding along to dance rehearsals or attending a baseball game, she was her family’s greatest cheerleader.

You could find Margaret beautifully singing a song from “Showboat,” reading Jane Austen and Bridgerton novels, or attending a Michael Crawford fan club event with her many friends.

Margaret is predeceased by her parents, Margaret (Heimink) and Andre Kaluza. Her husband joined her in heaven on June 11 – less than a month after his wife’s passing, unable to be apart for too long.

For those unable to attend in person, a livestream will be available. In lieu of flowers, donations can be made in their names to VOCAL – Voices of Change Animal League, 6393 SW 52nd St., Ocala, FL 34474, from where their beloved dog, Princess Dolly, was rescued.

To send flowers to the family or plant a tree in memory of Margaret Othen, please visit Tribute Store
Saturday
9
July

Share Your Memory of
Margaret
Upload Your Memory View All Memories
Be the first to upload a memory!
Share A Memory
Send Flowers