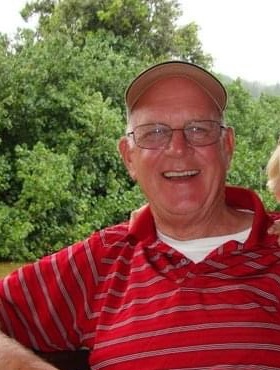 Funeral services will be held on Wednesday, May 25th, 2022 at 11:00 AM at St. Vincent De Paul Catholic Church located at 5323 E County Road 462 Wildwood, FL 34785. The family will be receiving friends and family afterwards for a reception gathering at Hiers-Baxley funeral home located at 3975 Wedgewood Lane The Villages, FL 32162. Funeral arrangements are by Hiers-Baxley funeral home.

James, known to most as "Jim", was born in Dayton, Kentucky to James Edward Daniel SR. and Betty Jane Daniel on June 24, 1944. He had 4 bothers; Floyd, Tim, Michael, and David and 2 sisters; Barbara and Jane. He married the love of his life, Juliette "Judy" Daniel on November 28th 1964 in Miami, FL. Together, they had 3 children, James III, Janice, and Joylene. Jim worked in logistics his whole life, starting with the Navy, which he retired from after 20 years of service and at a rank of Senior Chief Petty Officer (SCPO E-8). After his retirement from the Navy, Jim worked as a logistics coordinator for BAE Systems/Tracor at PAX Naval Air Station in Southern Maryland. He was an avid golfer which led him and his wife to the Villages, FL. He was a member of the Knights of Columbus, the Ministry to the Sick, and several other organizations within the church.

Jim is preceded in death by both of his parents, his son, James Edward III, his daughter, Joylene, His brother, Floyd, and his sister Barbara.

Jim is survived by his wife, Judy, his daughter, Janice, His brothers Tim, Michael and David, his sister Jane, and his grandchildren Catherine, Michael, James, Andrew, Samantha, and Allison.

To send flowers to the family or plant a tree in memory of James Daniel Jr., please visit Tribute Store
Wednesday
25
May