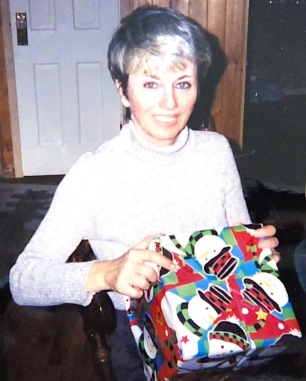 Theresa (Doherty) Gifford was born on July 14, 1950, in Floral Park, New York to Charles and Theresa Doherty, who preceded her in death.  She has one sibling, William Doherty (Kathy Doherty) and two nephews, William Jr., and Kevin.  She and her husband, Paul Gifford, have one daughter, Patricia (Gifford) Tempesta (Robert Tempesta) and three grandchildren, Jonathan, Robert, and Victoria.

Theresa was a typist for a student loan company in Lake Success, New York.  Theresa and Paul moved to The Villages, Florida in 2003.  Her daughter and family followed shortly afterwards.  Some of her favorite activities were playing board games with her grandchildren and taking them to the park.  She will be missed.

Theresa will be laid to rest at Pinelawn Cemetery on Long Island, New York.

To send flowers to the family or plant a tree in memory of Theresa Gifford, please visit Tribute Store

Share Your Memory of
Theresa
Upload Your Memory View All Memories
Be the first to upload a memory!
Share A Memory
Send Flowers