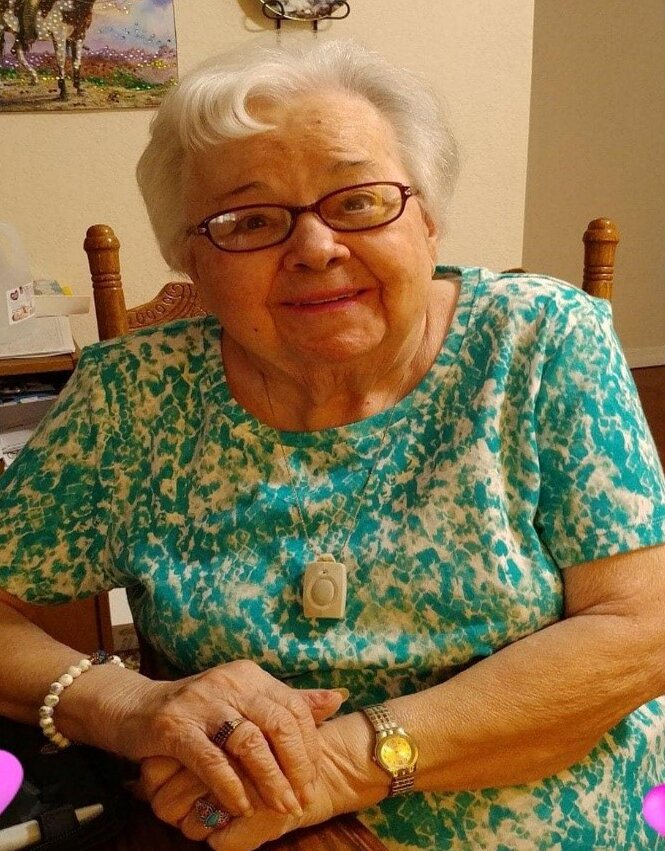 Irene Provost Montminy, of Ocala Florida, passed away unexpectedly on March 31, 2022 at the age of 92 years. The family is deeply saddened at the sudden departure of this beloved woman.

Irene was born and raised in New Hampshire where she met her husband, Norman “T-boy” Montminy. Irene and Norman raised their family of 8 children in Manchester New Hampshire until it was time for them to retire and move to Daytona Beach Florida where she later moved to Ocala Florida until her untimely passing. Anyone who knew or met Irene, knew they met someone special. Irene had a love for life and laughter, something she taught her family. She never took anything for granted and remained humbled and grateful for all she had and always kept her quick wit about her. She cherished her family the most and enjoyed spending time with her children Roger, Leo, Clair, Ann, Marc and Alan, her 17 grandchildren, 19 greatgrandchildren and just recently been promoted to great-great-grandmother.

When Irene wasn’t sitting on the beach, she could be found in her home building puzzles and Christmas ornaments that she would often send to her family. Irene is preceded in death by her husband Norman Montminy, and her 2 sons Roland and Lucien Montminy and they were never far from her heart or thoughts. Irene will be missed by her family and friends, but her legacy will live on within her family. Services will be held in Manchester New Hampshire where Irene will be interred at Mount Saint Calvary Cemetery, at a later day.

To send flowers to the family or plant a tree in memory of Irene Montminy, please visit Tribute Store

Share Your Memory of
Irene
Upload Your Memory View All Memories
Be the first to upload a memory!
Share A Memory
Send Flowers